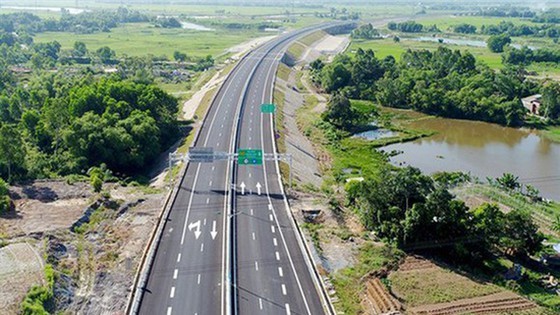 The planning of Nam Do Son Port has just been approved by the Government and its project will begin in the next few years. When finished, the port will promote the development of neighboring provinces.

Tran De Port is expected to be a deep-water one to accommodate large ships of 30,000 tonnes and over. This new traffic facility, along with the upcoming three expressways of Can Tho – Ca Mau, Can Tho – Tran De Port, Can Tho – Chau Doc, will make logistics tasks in the area and even from Cambodia much more convenient, greatly reducing cost for investors and businesses.

To prepare for Cai Mep Ha Port exploitation, the Transport Ministry has already advised the construction of Bien Hoa – Vung Tau Expressway with state budget. The Prime Minister has discussed with Ba Ria–Vung Tau Province about this, and investors are actively building new logistics warehouses near the to-be port.

Lately, the Transport Ministry has agreed with the project to expand the section of Dai Xuyen – Liem Tuyen in Cau Gie – Ninh Binh Expressway, which is 19.7km long and will have an estimated investment amount of VND350 billion ($15.4 million).

As to aviation, the Transport Ministry is accelerating the construction projects for a series of airports, namely Long Thanh, Dien Bien, Quang Tri, together with the expansion of Noi Bai International Airport to serve over 100 million passengers per year.

“At present, the Transport Ministry is working closely with functional units from the Public Security Ministry in all three stages of preparation, bidding, and construction of a traffic project to ensure quality. The National Assembly has also assigned the State Audit to go along with each project. In addition, both related individuals and project management units are responsible for the entire duration of every traffic project", informed Minister The.

To speed up project progress, the National Assembly has allowed the Prime Minister and leaders of functional agencies to appoint contractors for sub-projects (consultation, relocation of technical infrastructure, land clearance) in the North-South National Expressway key project.

When asked whether this mechanism might lead to potentially negative effects on project quality, Minister The stated that these bidding packages do directly affect project progress, yet not influence the quality much.

For instance, the bidding package about consultation for upgrading Tan Son Nhat International Airport details requirements as to professional knowledge and experience. The result of time reduction by 3-4 months shows that the quality of appointed contractors is not at all lower than that of winning contractors in bidding. Obviously, this has allowed more time to focus on more important tasks like construction. 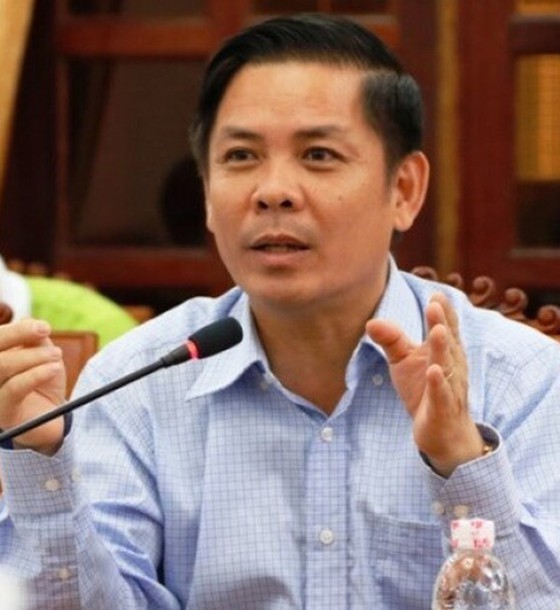 Minister of Transport Nguyen Van The

Discussing the possible challenges of the North-South National Expressway project for the period of 2021-2025, the Minister shared that the toughest is capital, and has been successfully addressed with 100 percent public investment of the Government.

The second one is material sources, and project doers are investigating possible mines along the way as well as working with the localities to add updated planning. for example, the Mekong Delta is facing a shortage of sand material, and will be supplemented from neighboring provinces. The Government has also approved mine exploitation contractors to transport materials to construction sites, with only environment and natural resource consumption tax to pay.

The third challenge is land clearance, which will be tackled with closer cooperation with the localities so that the task can be completed no later than the end of 2023. Another difficulty is weak ground nature from Can Tho City to Ca Mau Province, requiring reinforcement solutions regardless of cost to ensure construction quality. The last one is to find capable contractors since many have already taken charge of current sub-projects.

Finally, talking about the capacity of the traffic agencies facing such a huge budget allocation, Minister The admitted that the workload is quite heavy for the upcoming time. His ministry has rearranged human resources in its units and agencies to focus the most on quality control and progress administration. Project management boards can hire foreign or domestic experts to boost work performance. With a change in management mindset, an increase of responsibility of leaders, and clear sanctions, everything will operate smoothly.

Traffic projects to prioritize quality over quantity, progress: Minister have 921 words, post on www.sggpnews.org.vn at January 17, 2022. This is cached page on Talk Vietnam. If you want remove this page, please contact us.