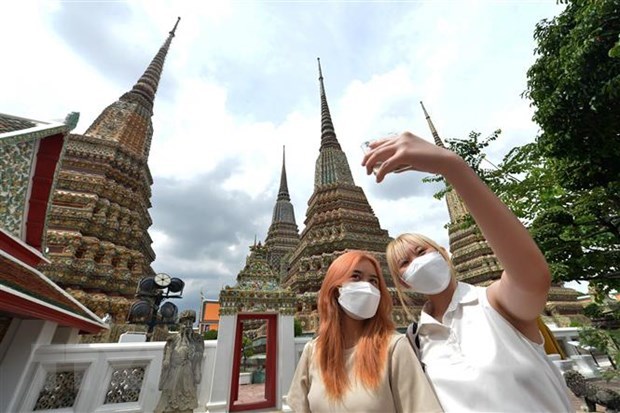 Bangkok (VNA) – Thai Minister of Finance Arkhom Termpittayapaisith has forecast the country's economy would grow 3.5-4.5 percent this year driven by fiscal policy, exports and investment, despite an outbreak of the Omicron coronavirus variant remaining a challenge.

According to him, 2021's growth is estimated at only 1 percent, as the vital tourism sector has yet to recover significantly. However, the resumption of Thailand ‘s quarantine waiver for foreign tourists from next month is expected to help boost the recovery.

With the price of goods rising, he said the government will try to keep inflation within its 1-3 percent target range.

Sakkapop Panyanukul, a senior director at the Bank of Thailand (BoT), stated that inflation could be higher than forecasts but would not disrupt the recovery. The BoT sees inflation at 1.7 percent in 2022 and 1.4 percent next year.

The central bank expects GDP to show growth of almost 1 percent in 2021, and 3.4 percent this year, which was recently trimmed from 3.9 percent following the Omicron outbreak, he said.

Thailand’s economic growth projected at 3.5-4.5 percent this year have 258 words, post on en.vietnamplus.vn at January 21, 2022. This is cached page on Talk Vietnam. If you want remove this page, please contact us.