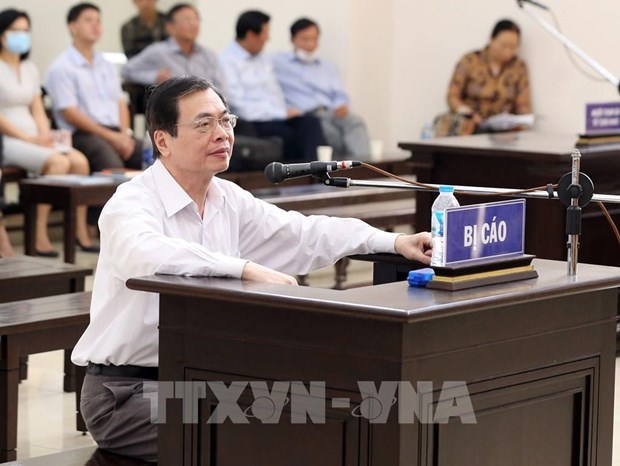 Hanoi (VNA) – The High-Level People's Procuracy in Hanoi on January 21 suggested upholding the first-instance trial’s sentences for four defendants in the case that occurred at the Ministry of Industry and Trade (MoIT), Saigon Beer – Alcohol – Beverage JSC (Sabeco) and Ho Chi Minh City.

Earlier, at the instance trial, the Hanoi People's Court sentenced Hoang to 11 years' imprisonment and Dung to nine years in prison for "violating regulations on the management and use of State assets, causing losses and wastefulness".

According to the indictment from the Supreme People's Procuracy, Sabeco, which is under the MoIT's management, was given more than 6,000 sq.m of land at No. 2-4-6 on Hai Ba Trung street in downtown HCM City for production and business purposes. Sabeco Pearl, a joint venture between Sabeco and a number of private enterprises, to implement a project building a hotel, a trade and convention centre, and office space for lease on the land plot.

Procuracy proposes upholding first-instance sentences for defendants in Sabeco case have 527 words, post on en.vietnamplus.vn at January 21, 2022. This is cached page on Talk Vietnam. If you want remove this page, please contact us.