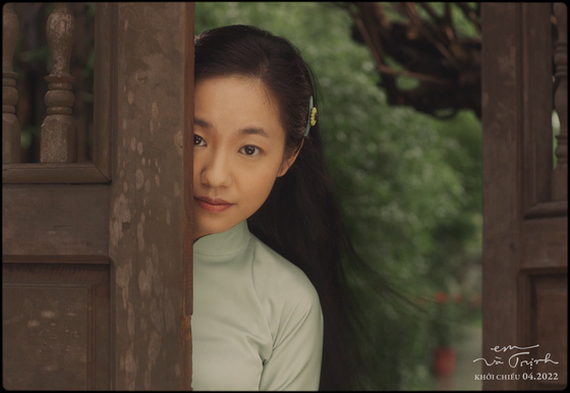 Podcat Sunny Glass for the movie movie Em and Trinh
Film marketing is essentially the activities and strategies filmmakers use to promote and bring in audiences for their films.
As planned, on February 11, the movie Ghost Story near home will officially hit theaters. Currently, the team of film marketers continuously published information about the film to catch audience’s attention.
In addition to the film trailer, poster, information about the actors, a series of behind-the-scenes videos of the filming process have also been announced. In addition, the crew has made a 12-volume comic series about urban legends and ghost stories handed down in folklore.
At the same time, aggressive PR campaigns have been launched for the movie Em and Trinh. After making the podcast Sunny Glass including poems written based on inspiration from 301 love letters that musician Trinh Cong Son wrote for his lover Ngo Vu Dao Anh, the crew continued to perform a series of music nights Em and Trinh – The story of the muses at five cities and provinces such as Ho Chi Minh City, Da Lat, Hue, Hanoi, Can Tho.
Generally, film marketing crews carry out many different campaigns simultaneously on the media and social networks. When the market boomed in the number of films produced each year, the distribution crews and publishers have paid heed to investment in the promotion with the amount of up to billions of dong.
In addition to PR campaigns in the traditional way like a showcase, audience interaction and engagement, press release, and more. Last but not least, they published books, short films, webtoons, and organized contests.
Audience' first impression of a film is a decisive factor; therefore, although the film release schedule has been constantly postponed because of the epidemic, and the cost of marketing campaign is up to billions of dong, the crews are still willing to spend more money on this stage.
However, from another perspective, a film PR campaign is a double-edged sword. After all, for a successful film, the prerequisite is still quality and audience taste. PR campaigns are always necessary, but choosing how to do it always needs to consider whether it is suitable for the movie or not.

Motion picture industry professional in film promotion have 590 words, post on www.sggpnews.org.vn at January 17, 2022. This is cached page on Talk Vietnam. If you want remove this page, please contact us.