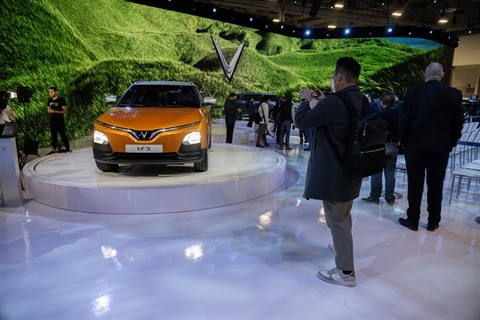 VinFast exhibited five models of electric vehicles at CES 2022 in the US. Photo courtesy of VinFast

Viet Nam’s first automobile manufacturer VinFast recently announced it has established a headquarters in the United States and said it would soon open showrooms in California, as well enter this market with two electric crossover models to start a business in March 2022.

VinFast also announced a plan to present its electric car models to the domestic market this year, in addition to setting up a network of electric 2-wheeler (E2W) battery swapping/renting stations in many cities, and that it will operate Vinbus services in five large cities with e-buses.

This shows that across Viet Nam’s automobile industry, there is a deepening awareness of the potential of EVs. With a population of approximately 100 million people, half of whom own motorbikes, the two-wheel electric vehicle market in Viet Nam still has a lot of room for development, not only in the sale of electric vehicles but also in other aspects such as manufacturing, research, automation, technology, batteries and more.

The switch to EVs is particularly important as Viet Nam is currently facing a fast-growing environmental crisis: deadly pollution. Its two biggest cities, Ha Noi and HCM City, are now among the top 15 most polluted cities in the region.

In 2019, the two cities consistently recorded days of heavy pollution of more than 50 micrograms per cubic of fine particulate matter, which has been proven to be extremely harmful to human health as they can penetrate deep into the lungs and cardiovascular system, causing diseases like stroke, heart disease, lung cancer, chronic obstructive pulmonary diseases and respiratory infections.

The World Health Organization estimates that up to 60,000 deaths in Viet Nam in 2016 were related to air pollution, and this is on top of the fact that poor air quality reduces life expectancy by one year and costs the country about 5 per cent of its GDP per year.

The good news is that Viet Nam has a robust and ready market for the manufacturing, production and sale of electric vehicles, bolstered by growing awareness of environmental concerns among industry players, consumers and the government.

This awareness is an impetus both for the industry and the government to accelerate the growth of EVs to replace the traditional Internal Combustion Engines (ICEs) using petrol or diesel.

While the government does not have a specific policy or roadmap for the acceleration of EVs in Viet Nam, it is a signatory of the Paris Agreement, and quickly developed the Viet Nam Sustainable Development Strategy for 2011- ­2020 to achieve the targets. 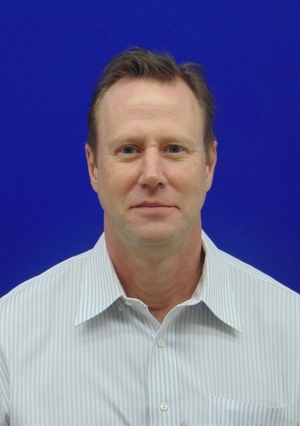 At Hexagon, we believe that EVs can truly take off in Viet Nam, but several key considerations and actions need to be taken before this can happen.

This means that while many Vietnamese are worried about pollution and climate change, the lack of incentives means that it is costly to swap out their ICEs for EVs, with perhaps the exception of E2Ws.

The lack of readily accessible, and cheap charging infrastructure is another barrier to the adoption of EVs. In this, we believe that government policy should be constructed to incentivise consumers and industry players alike to not just buy into EVs, but also take on the challenge of building the necessary infrastructure surrounding them.

Secondly, there is still much to consider in the question of whether EVs are truly "green."

This is because, at the manufacturing stage of the EV, it generates as much if not more emissions than an ICE. This is largely due to the batteries, which use rare earth materials such as lithium and cobalt — both of which require huge resources to mine and extract.

When emissions between a standard ICE car and a popular EV were compared, it was found that:

After 100,000 miles, the carbon emissions produced by an ICE is 77 per cent more than an EVAfter 200,000 miles (the lifespan of a typical car) the ICE car has generated 78 tonnes of greenhouse gases, while the EV generated less than half at 36 tonnes

Third, switching to EVs alone won't be of enough impact if the infrastructure for EVs, such as charging stations and power sources, are not considered. For EVs to truly be 'green,' the source of their power must come from renewable sources.

In this respect, Viet Nam is showing enormous promise: renewable energy sources accounted for about 9.4 per cent of the system’s total power capacity and it is predicted to account for 40.3 per cent by 2045. In just the first six months of 2019, there are 89 solar power plants connected to the national power grid– from zero before 2019.

Fourth, is the management of harmful waste from batteries. Without a doubt, the materials used in lithium-ion batteries are harmful not just to the environment but to people, when it's not disposed of correctly.

As such, battery recycling must be a part of the journey towards more sustainable electric vehicles. Used batteries still contain valuable metals and other materials that can be recovered, processed, and reused. It is estimated that less than 5 per cent of them are recycled, which is not good enough, considering that the production of lithium-ion batteries has gone up tenfold in the past decade.

Almost 90 per cent of the world's EVs contain Hexagon technology inside them, and we are confident that technology is the answer to the acceleration of EV growth. Batteries have seen the biggest increase in investment of any EV technology and more than 60 per cent of industry respondents believe breakthrough battery technology will play an important role in electrification.

We can engineer vehicles to be more efficient. We can use materials better by using composites or lightweight alloys and use recycled materials. With innovations, we can alleviate the environmental concerns that hamper the growth of EVs. Smart manufacturing approaches are vital to bringing these innovations to market within demanding deadlines while remaining competitively priced and profitable.

Globally, EV sales have risen year on year, seeing a slight dip largely due to the ongoing pandemic. Rapid urbanisation, consumer demand and commitments by nations for net-zero emissions and an undeniably strong push towards environmental sustainability are the driving factors for EVs.

The growing awareness about climate change and the need for sustainability has been driving a spurt in the demand for EVs. Deloitte in its report on EV vehicle trends noted that from 2018 to 2020, there were some noticeable changes in consumer attitudes toward EVs.

Viet Nam cannot afford to be left behind in this journey to the future and must take immediate action to turn potential into real-world benefits for the environment and its people.

Go green or go home: eMobility is Viet Nam’s future have 1373 words, post on bizhub.vn at January 24, 2022. This is cached page on Talk Vietnam. If you want remove this page, please contact us.