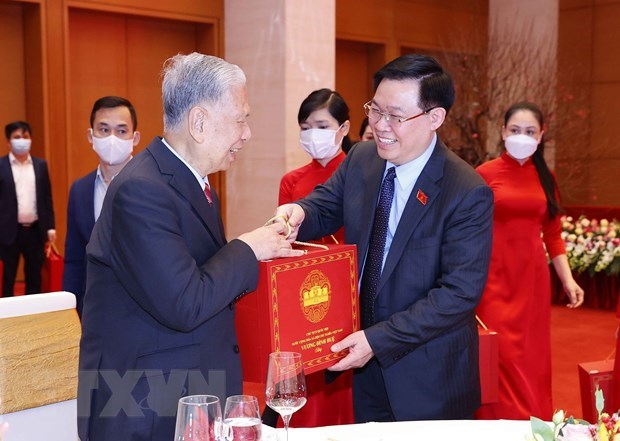 Hanoi (VNA) – The National Assembly Standing Committee on January 21 held a gathering of former leaders of the legislature and former members of the NA Standing Committee who retired in Hanoi ahead of the upcoming Lunar New Year festival, under the chair of Politburo member and NA Chairman Vuong Dinh Hue.

Gathering of former NA leaders held ahead of Lunar New Year have 397 words, post on en.vietnamplus.vn at January 21, 2022. This is cached page on Talk Vietnam. If you want remove this page, please contact us.