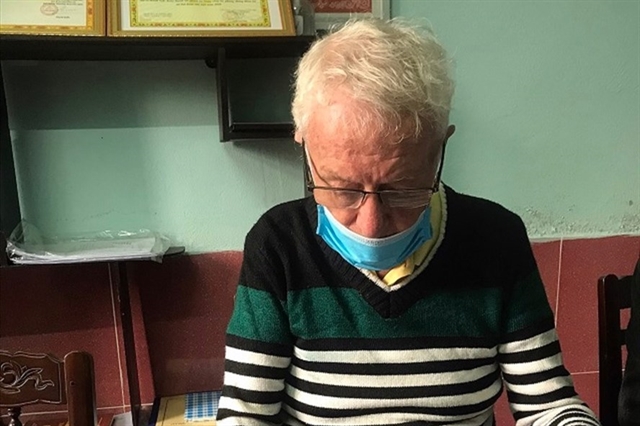 Kenneth Divers, 77, in custody in Việt Nam. He is due to be extradited to  the UK in relation to historic child sex abuse allegations. Photo Hội An City Police

A former football coach who once worked for a top team in Scotland has been arrested in Việt Nam in connection with historic child sex abuse offences.

Kenneth Divers, 77, was taken into custody by police in Hội An on January 18. He will be extradited to the UK to face the charges.

There is no suggestion Divers will be questioned over offences in Việt Nam, and the investigation centres around the time he worked in Scotland in the 1960s and 1970s.

Scottish and European arrest warrants were issued in 2016 after he was accused of carrying out a string of sex assaults on young boys.

Detective Superintendent Alan Henderson added: "We are grateful to the authorities in Việt Nam and our colleagues at the National Crime Agency for their assistance with this matter.” 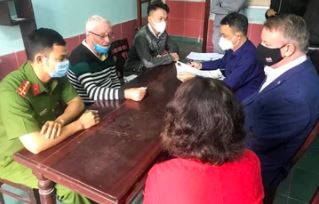 Divers (left, centre) with police in Hội An. Photo Hội An City Police

It is understood Divers worked as a teacher at a secondary school in the UK, but it is not clear if he was ever employed in that position during the time he spent in Việt Nam.

Colonel Nguyễn Hà Lai, deputy chief of Quảng Nam police, added: "We handed over Kenneth Divers to the British police at 3pm on January 19 at the Đà Nẵng airport. Through Interpol Việt Nam, they sent their thanks to the police of Quảng Nam Province and Hội An City for their collaboration in arresting the individual." — VNS

Ex-football coach arrested in Việt Nam over historic child sex abuse allegations have 503 words, post on vietnamnews.vn at January 20, 2022. This is cached page on Talk Vietnam. If you want remove this page, please contact us.