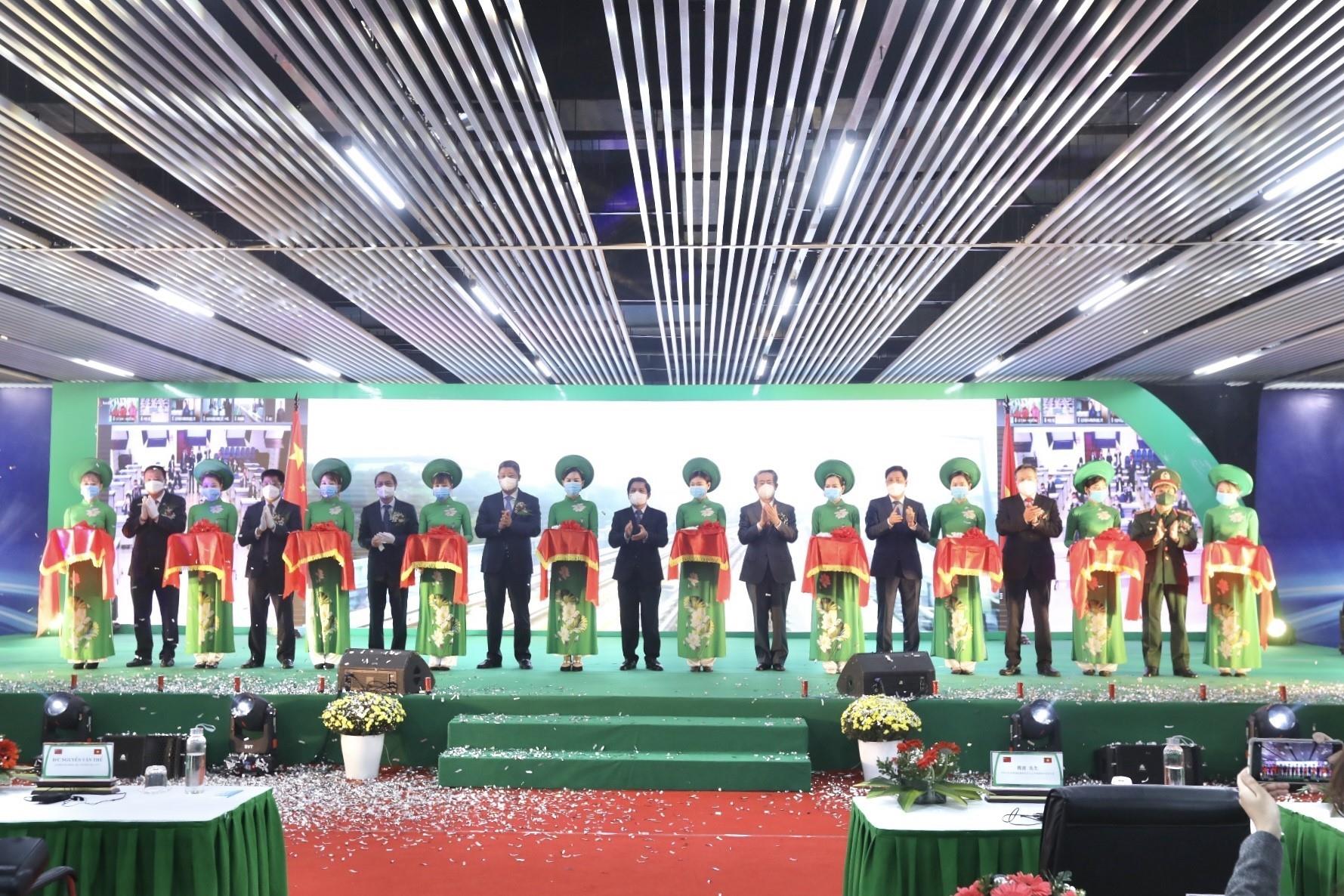 Also the same day, the elevated metro line – the first of its kind in Việt Nam – served its one millionth passenger. Since its official commercial operation early November last year, it has transported more than 14,900 passengers daily on average. More than 20 per cent of the passengers use monthly tickets.

Speaking at the ceremony, Deputy Minister of Transport Nguyễn Ngọc Đông said that out of eight radial and ring urban railway lines connecting Hà Nội’s central urban area with satellite cities approved, the Cát Linh-Hà Đông Urban Railway Project was selected as a pilot early investment to solve the rapidly increasing traffic situation in the western area of ​​the city.

Đông said that the project received special attention of two governments – Việt Nam and China, as well as ministries, agencies and the Hà Nội People's Committee.

Chinese Ambassador to Việt Nam Xiong Bo said that the process of implementing the project encountered many difficulties and obstacles.

However, with the attention of the leaders of the Party, Government and ministries and branches of the two countries, the project overcame difficulties, he said, adding that the metro line operation would bring positive changes in Hà Nội’s traffic.

The project was invested with preferential loans from the Chinese Government and domestic capital. Construction started in October 2011. It is expected to be a driving force for the economic and social development of the whole city.

The Ministry of Transport completed the acceptance test of the project to ensure compliance with regulations and the State Inspection Council approved the test results to be eligible for handing over the project and putting it into operation.

On November 6, 2021, the Ministry of Transport co-ordinated with the Hà Nội People’s Committee to organise the handover of the project to Hà Nội Metro One Member Ltd. Co. (Hanoi Metro) to operate.

According to the Ministry of Transport, the operation of the Cát Linh – Hà Đông metro line project after 10 years of construction is important in promoting public transport habits, reducing congestion, saving time for people, limiting personal vehicles and reducing environmental pollution.

The inauguration of the metro line on Thursday marks an important milestone that the first urban railway project in Việt Nam has been successfully implemented, ensuring quality in accordance with the law.

Hà Nội is expected to gain more valuable experience in the process of implementing other project investment and construction.

According to Hà Nội Metro, after more than two months of operation the metro line has operated safely, meeting targets as planned. People have shown their supports to the new mode of transportation.

The line is more than 13km long and has 12 stations and 13 trains. Each train, with a designed speed of 80km per hour, has four carriages capable of carrying more than 900 passengers.

In the first six months of commercial operation of the metro line, trains will run from 5am to 11pm. Trains run every 10 minutes and stop for 25-50 seconds at each station to pick up and drop off passengers. — VNS

Cát Linh-Hà Đông metro officially inaugurated have 705 words, post on vietnamnews.vn at January 13, 2022. This is cached page on Talk Vietnam. If you want remove this page, please contact us.