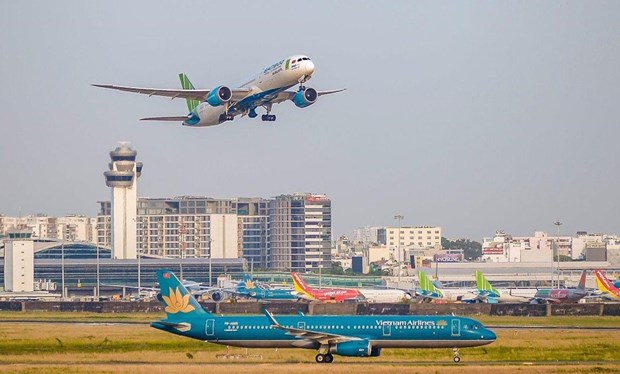 Demand for flights is expected to continue to grow in the run-up to Tết. VNA/VNS Photo

HÀ NỘI — As the Tết (Lunar New Year) holiday approaches the Civil Aviation Authority of Việt Nam (CAAV) has requested the Ministry of Transport allow it to take the initiative in increasing flights, starting from January 14.

Demand for flights on the HCM City – Hà Nội route, and between HCM City and central and northern provinces during the period rebounded with a seat occupancy of over 70 per cent.

Airlines reported that flight reservations have reached over 50 per cent and in some cases more than 90 per cent. — VNS

CAAV suggests increasing domestic flights as Tết approaches have 343 words, post on vietnamnews.vn at January 14, 2022. This is cached page on Talk Vietnam. If you want remove this page, please contact us.