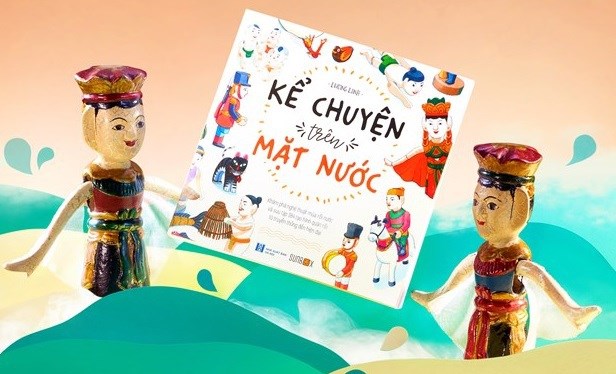 Hanoi (VNA) – A young painter has released a book telling stories about water puppetry as well as the career of artisans and artists of this traditional art.

The book, "Ke chuyen tren mat nuoc" (Stories on water surface), was created by Luong Linh, a young man in Ho Chi Minh City who spent four years cruising Vietnam from the north to the south to meet insiders of the art, which has a history of over 1,000 years.

Combined with knowledge of a painter, the 144-page book not only provides an insight into the origin and secrets of the art but also introduces 184 water puppetry characters in diverse designs, from the oldest to the latest. Some designs even have never been unveiled before as they were made for new plays. 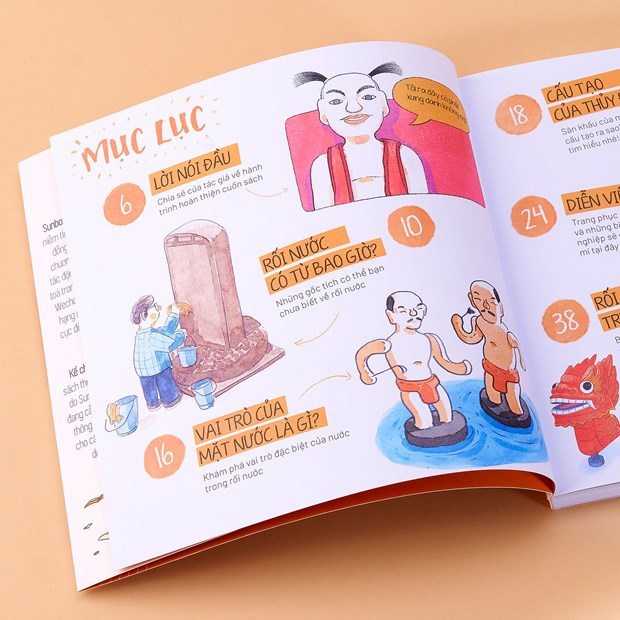 A page in the book (Source: Sunbox non-profit organisation)

The large number of vivid and beautiful images is accompanied by simple, understandable but attractive information about water puppetry, considered the "soul" of the farming life, along with many interesting facts.

They are expected to inspire the interest to this traditional art among culture lovers , along with young readers.

"Ke chuyen tren mat nuoc" is the second work of the "Tu sach Sieu nhan" (Superman’s bookcase) project, founded by the Sunbox non-profit organisation in HCM City with the aim of raising fund for community programmes.

Earlier, this project unveiled a book titled "Mot phuong roi nuoc" (A water puppetry troupe) by Luong Linh and Thien Loc, together with a set of water puppetry toys which were all welcomed by the public./.

Book reveals untold stories about water puppetry have 514 words, post on en.vietnamplus.vn at January 23, 2022. This is cached page on Talk Vietnam. If you want remove this page, please contact us.