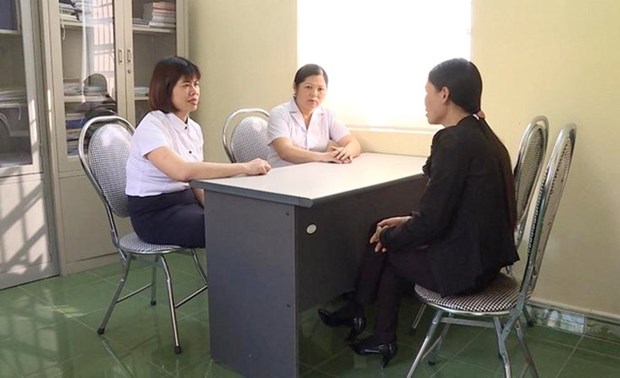 Officials from the Division of Labour, Invalids and Social Affairs of Uong Bi city provide consultation to a victim of gender-based violence (Source: suckhoedoisong.vn)

Quang Ninh (VNA ) – The northern province of Quang Ninh has enjoyed fruitful results in preventing and settling gender-based violence thanks to its effective measures to raise public awareness of gender equality and support victims of violence in the community.

In the 2016-2020 period, the provincial Department of Labour, Invalids and Social Affairs launched 25 gender equality models in 13 districts, townships and city, while forming 56 clubs of families and gender equality, 76 trustful addresses and emergency shelters, and 28 hotlines at communal level.

In the first eight months of 2021, the Department launched 11 pilot models of gender-based violence prevention and control in 10 districts, townships and city. The models have contributed to raising members' awareness of gender equality , helping women sustain their role and encouraging men to give stronger support to their wives.

At the same time, the discovery and support of victims of violence have been made in a timely manner, making access to social services easier. 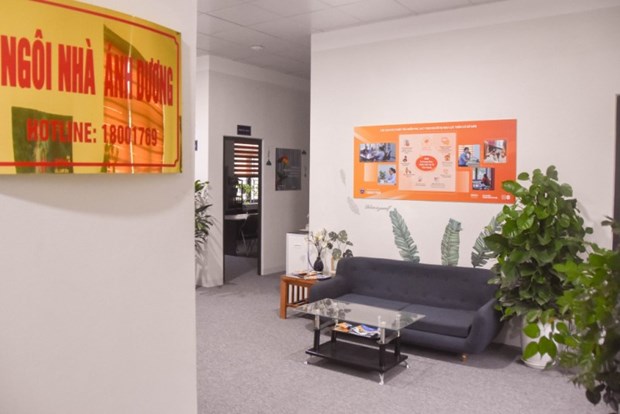 Particularly, Quang Ninh has become the first locality of the country to be chosen to implement a project to build models of supporting the prevention and combat of violence against women and children through the establishment of an interference centre, or "Anh Duong" (Sunshine) House – a shelter of supporting essential services to survivors of violence against women and children that was built at a cost of 8.4 billion VND funded by the Republic of Korea Government.

The Anh Duong House, which has become operational since April 2020 under the provincial Department of Labour, Invalids and Social Affairs, provides round-the-clock and free necessary services to the victims and offers an emergency shelter to them, giving them health care services, equipping them with life skills and vocational training, and helping them seek jobs and integrate into the society.

The effective models that Quang Ninh has applied have contributed to improving the efficiency of gender-based violence prevention and control in the province, helping build a society of civilisation, mutual respect and equality./.

Quang Ninh's efforts in gender-based violence fight pay off have 559 words, post on en.vietnamplus.vn at December 2, 2021. This is cached page on Talk Vietnam. If you want remove this page, please contact us.