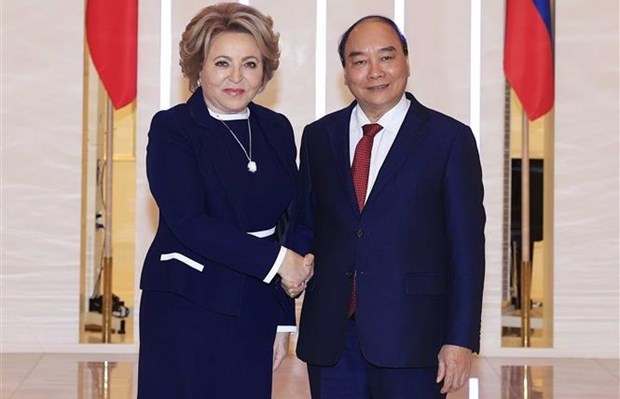 Both leaders appreciated the positive development of the bilateral relations, especially in the fields of politics, trade, economy, investment, defence and security, energy, education and science, despite serious impacts of the COVID-19 pandemic. 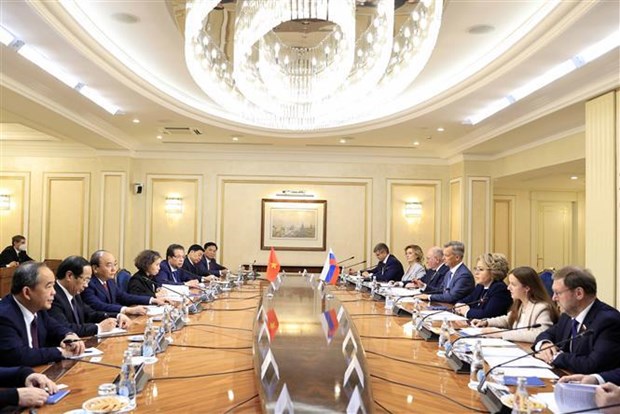 The meeting between President Nguyen Xuan Phuc and Valentina Matvienko, Speaker of the Federation Council of the Federal Assembly of the Russian Federation. (Photo: VNA)

The President welcomed the close coordination between the National Assembly (NA) of Vietnam and the Federal Assembly of Russia at international and regional forums, affirming that Vietnam continues to support and actively participate in international initiatives initiated by the Federation Council for the common interests of the two countries, thus contributing to peace and stability in the region and the world.

For her part, Matvienko asserted that the Federation Council always backs strengthening relations with Vietnam and continues to work closely with the Vietnamese NA to speed up the implementation of cooperation agreements and projects between the two countries, including those reached between President Nguyen Xuan Phuc and his Russian counterpart Vladimir Putin.

The Federation Council will continue acting as a bridge to strengthen cooperation between the two countries' provinces and cities, she affirmed.

The two leaders affirmed to further promote the bilateral Comprehensive Strategic Partnership in a deep and effective manner, including collaboration between the two parliaments./.

President meets with Speaker of Russia’s Federation Council have 572 words, post on en.vietnamplus.vn at December 2, 2021. This is cached page on Talk Vietnam. If you want remove this page, please contact us.