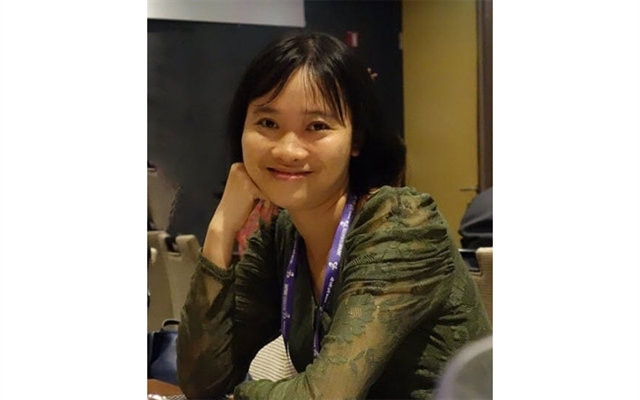 Literature lecturer Nguyễn Thị Minh is also a translator of classic philosophy books. She is co-founder of The Ladder – an academy space for the community.

Philosophy is inherently a difficult book to read. Why did you translate this book by Judith Butler?

Judith Butler is among the female philosophers that I’m interested in. Last year, I translated and published the book Between Past and Future by Hannah Arendt who was also an author introduced for the first time in Việt Nam.

Authors like Arendt and Butler contribute to creating great values that I think Vietnamese people should know about. Arendt is conservative and Butler is radical, however, they have a lot of interesting things in common.

One of my motivations is to introduce these outstanding female philosophers and their ideology to the Vietnamese. Women can also discuss things like literature and philosophy in addition to love, family, and home life.

One of my friends in the US, a professor teaching gender studies, agreed with me that Butler’s book is very difficult. I used to spend two years just reading one of her essays. Its terminology is dense, with too many deep theories that are constantly changing.

Therefore, it is understandable for those who have not read her work to feel like they are banging their head against a brick wall. Every word needs careful thought. However, I have experienced an intellectual pleasure while reading her works. And I want to share this with others.

I hope readers of Antigone’s Claim will enjoy it as much as I do despite the fact it is difficult. I try to make reading easier by adding as many footnotes as I can find. I also consult the equivalent translation in Japan and China and consult other people through the posts I share on Facebook.

I always think that I’m still learning from experts in many other fields, from colleagues to students. I think I’m lucky because I have a lot of companions on the path.

You are co-founder of The Ladder – an academy space for the community. What can you tell us about it?

My work includes teaching, researching, and book translations. Sometimes I am a guest speaker at academic seminars. I notice that there are many young people who love knowledge and they have a desire to update their knowledge in addition to their learning in school.

But in Việt Nam, we don’t have that many places for this demand. I decided to establish The Ladder for people to exchange ideas. At The Ladder, we have organised classical text readings and seminars by topic with speakers who are popular Vietnamese and foreign researchers.

We are planning to translate to introduce Vietnamese readers the classical texts. Sometimes, we co-ordinate with other art spaces to show and discuss films.

The Ladder has been supported much by not only young people but also others of different ages, and researchers who are interested in academic development.

This year, many events have been cancelled due to the COVID-19 pandemic. I hope to organise events when the situation is better.

You have been invited to take part in the Antigone theatre project by Goethe Institute to introduce Antigone to the Vietnamese audience.  What do you think about the project?

Butler’s spirit to reading Antigone is the opening up of possibilities enabling people to live a happier life. I want to spread this spirit and create a space for dialogue about Antigone and create the Vietnamese version of Antigone as well .

I had a discussion with Wilfried Eckstein, director of Goethe Institute in Hà Nội and he supports my idea. We decided to organise a discussion about Antigone and called up the artists to create Vietnamese version of Antigone .

The Vietnamese audience will have the chance to watch Antigone’s performances. It makes me feel happy.

You are a literature lecturer at HCM University of Education. Why do you choose a philosophy book to translate and not works of literature?

To me, the person who reads literature and the person who is fascinated with philosophical texts are similar people. I am lucky that I have a teacher, researcher Bùi Văn Nam Sơn, and my colleagues with who I can discuss philosophy reading, translation, and thought processes.

I used to regret that didn’t I come to philosophy sooner. I think today young people are active, creative and have more conditions to access documents and books than our generation.

Philosophy is not only the foundation for humanities and social sciences but it also helps us think better in many other academic fields.

Literature teaching helps me to see how philosophers such as Arendt and Jacques Derrida read Kafka or Butler reads Sophocles. This is good for me to explain literature issues from the perspective of philosophy. — VNS

Literature lecturer chooses philosophy book to translate have 1039 words, post on vietnamnews.vn at December 8, 2021. This is cached page on Talk Vietnam. If you want remove this page, please contact us.