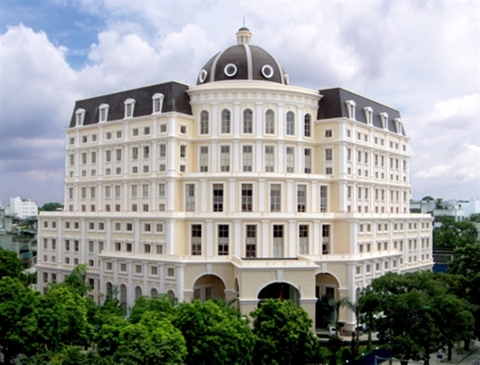 Ministry of Finance (MoF) announces it has not received the full financial supervision reports for SOEs for the first half. — Photo tapchitaichinh.vn

While Viet Nam was focusing on the assessment of State-owned enterprises (SOEs)'s performance, more than one third of ministries and ministerial-level bodies and about 20 per cent cities and provinces have neither submitted nor finished their reports on financial supervision results for their SOEs in the first half of the year.

According to the latest report by the Ministry of Finance (MoF), as of October 25, 2021, it has not received the full financial supervision reports for their managing SOEs, whose State investment accounted for more than 50 per cent of the charter capital, adding that this was a common issue.

MoF named three units which have not yet fully reported namely the Ministry of Culture, Sports and Tourism; Vietnam News Agency; and the Committee for Management of State Capital at Enterprises (CMSC). No reports had been received from the Ministry of Industry and Trade (MoIT) and the Ministry of Agriculture and Rural Development (MARD).

CMSC had only sent reports for six out of 19 SoEs they manage.

As the Voice of Viet Nam only managed one SoE with more than 50 per cent of State capital, it was not required to submit a six-month financial supervision report.

Among cities and provinces, Soc Trang has not sent the full report while the provinces of Yen Bai, Kien Giang, Ba Ria-Vung Tau, Cao Bang, Hai Phong, Ha Nam, Hung Yen, Vinh Phuc and HCM City have not submitted a report at all.

MoF asked the Government to direct those units to complete and send their reports.

The ministry urged them to strengthen the financial supervision of SoEs according to regulations, especially those showing signs of financial insecurity, poor business results and accumulated losses.

As the report of State Bank of Vietnam (SBV), which manages SOEs with 100 per cent State capital, is considered confidential, MoF announced that SBV should send its reports directly to the Prime Minister.

MoF announced that it was developing a new bill on the management of State capital invested in enterprises with many fundamental changes, including a financial instrument to buy shares of private enterprises.

According to experts, many SoEs which used to make significant profits and contributed to the State budget, have become burdens on the economy when their investments caused losses of trillions of dong.

The bill will amend the Law on Management and Use of State Capital to invest in production and business in enterprises to replace the law of the same name in 2014. It would narrow the list of fields in which SOEs could participate and add regulations on management and supervision.

When investing, SOEs are also managed like public investment projects. Those with a capital scale of VND10 trillion (US$434.78 million) or more must be decided by the National Assembly, while projects with lower capital will be decided or assigned by the Government.

Nguyen Dinh Cung, former director of the Central Institute for Economic Management and Research (CIEM), told local media: "The new bill must create a legal foundation for the reform and restructuring and improving the efficiency of State investment in enterprises.”

Cung said the law needed to be changed so the State should only stand as an investor and let the enterprises work under market regulations.

In addition, Cung said: "The new bill should also force the SOEs to list on the stock market to make their business operations transparent." — VNS

Full financial reports of SoEs not submitted: MoF have 846 words, post on bizhub.vn at December 7, 2021. This is cached page on Talk Vietnam. If you want remove this page, please contact us.