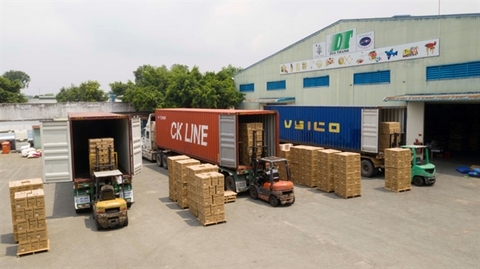 Duc Thanh Wood Processing JSC (GDT) has just approved an adjustment of its 2021’s targets due to the impact of the COVID-19 pandemic on its business activities.

Previously, the 2021 Annual General Meeting of Shareholders that took place in May approved the revenue growth plan of 15 per cent over the last year to VND460 billion (US$20.2 million), while profit after tax is expected to reach VND86.4 billion, up 8 per cent.

However, due to the strong impact of the pandemic, the company decided to reduce its revenue target to VND327 billion, equivalent to a decrease of 29 per cent compared to the previous plan. Profit after tax also decreased to VND51.7 billion.

Duc Thanh Wood’s board said that the reduction is due to the suspension in business operating for nearly three months of social distancing as directed by the authorities. But during that period, the company still had to pay many extra costs for “three-on-site” production to complete some urgent orders.

Although the company has resumed operations since October 4, it still cannot restore 100 per cent capacity because some workers returned to their hometowns, while some infected with COVID-19 had to stop working.

However within just a month of reopening, it received export orders worth more than $4 million for 2022, accounting for nearly 30 per cent of the whole year’s sales.

Therefore, the company’s business results in the first nine months of the year dropped sharply compared to the same period last year. In its third quarter financial statement, Duc Thanh Wood posted a decline of 69.4 per cent on-year in net revenue to nearly VND32.55 billion, with profit after tax of VND5.7 billion, down 86.7 per cent.

This is also the lowest quarterly profit in the past 12 years of operations.

With the original plan, after the first nine months, Duc Thanh Wood has achieved nearly 54 per cent of the revenue plan and 50 per cent of profit after tax. — VNS

Duc Thanh Wood reduces profit plan due to COVID-19 impact have 386 words, post on bizhub.vn at December 2, 2021. This is cached page on Talk Vietnam. If you want remove this page, please contact us.