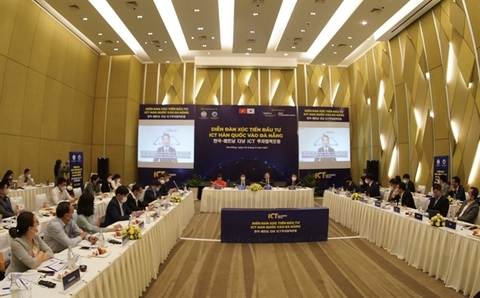 South Korea will be one of the most important potential strategic partners in Da Nang’s investment promotion and digital transformation plan for 2025-30, particularly in information and communication technology (ICT).

Son said South Korea had been listed as a top five-investor in Da Nang, with 233 projects worth US$378 million, hosting 214 direct and chartered flights (before the COVID-19 pandemic) and carrying 1.5 million tourists to the central city (50 per cent international visitors) per week.

He said the city's ICT, which earned US$1.3 billion in 2020, aimed to increase revenue to $2.34 billion, contributing 15 per cent of city's Gross Regional Domestic Product in 2030.

The deputy chairman said Da Nang had made ICT infrastructure available to Korean investors flocking in after COVID-19 was under control. 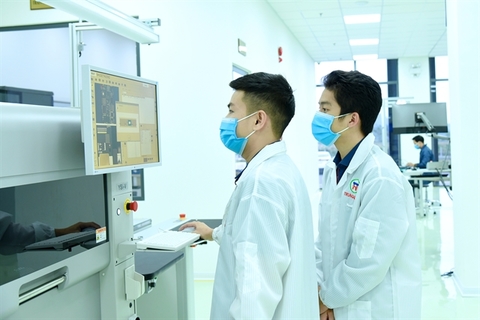 The South Korea consulate general in Da Nang Ahn Min Sik said two-way trade between Viet Nam and Korea had increased from $500 million in 1992 to $69 billion in 2020.

The two sides have eyed expansion in IT and the fourth Industrial Revolution in celebration of the 30th anniversary of diplomatic ties between Viet Nam and Korea next year, he said.

Ahn Min Sik said Da Nang had been developing IT infrastructure and was an increasing investment attraction of FDI, including from Korea.

"LG Electronics set up its research and development centre – the second in Viet Nam – in Da Nang, promising further co-operation in ICT between Korea and Da Nang," he said.

"Korea helped the city build the Viet Nam-Korea Friendship Information Technology College with Official Development Aid funding of $10 million from South Korea from 2007, and upgraded it to a university specialising in training IT human resources for 2020-25," he added.

He said electronics investors (including two key investors Samsung and LG) accounted for 23 per cent of funds from South Korea, with annual an 3.7 per cent growth.

Lee Byoung Moog, deputy director of Korean IT co-operation centre, said investment between Viet Nam and Korea had been boosted in the last five years in line with completed free trade agreements, and IT was seen as having the most growth.

He said Samsung with 200 partners, and LG with 100 partners, had helped promote technological solutions, financial services and Fintech.

Lee said other IT investors including Naver AI centre, SK Group, OK Xe and Baemin had also been working in Viet Nam.

He said Da Nang planned to build an international financial centre, and the city should eye FinTech development for future investment flow. 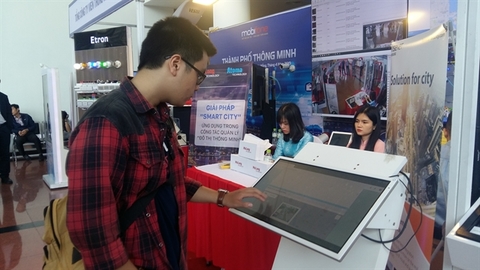 An exhibition of a ‘smart city’ project in Da Nang. The central city plans to become a smart city by 2030. — VNS Photo Cong Thanh

Deputy Director of Da Nang Information and Communications Department Le Son Phong said the city had designed an IT and Innovation Zone including an IT Park, a Hi-tech Park and a Creative Space for potential investors.

Phong said the IT Park, which was built on 131 hectares costing $47 million, was ready for working and living in a combined urban zone in the northwest region.

Investors would get special preferential mechanisms from the park with free land rental from five to 50 years depending on investment scale, and preferential corporate income tax for 15 years, as well as exemption from import tax on production material and information technology service as well as export tax.

A report from the Ministry of Information and Communications has included Da Nang in the top 10 provinces and cities with ICT revenue of more than $1 billion in Viet Nam.

In 2020, the Consulate General of the Republic of Korea was opened in Da Nang, boosting investment and trade between Korea and central Viet Nam.

The South Korea Trade and Investment Agency also opened its office in Da Nang to promote investment and connection among Korean investors.

Central city calls for ICT investment from South Korea have 1076 words, post on bizhub.vn at December 2, 2021. This is cached page on Talk Vietnam. If you want remove this page, please contact us.