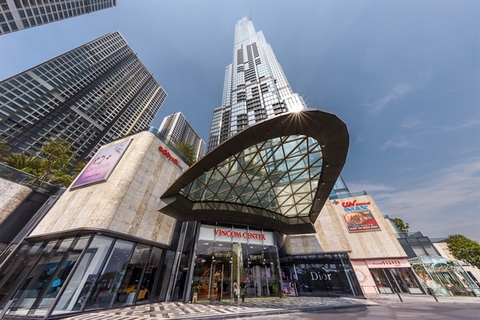 The stock market ended mixed on Monday as some profit-taking activities on bank stocks weighed on sentiment.

The fall occurred after the new variant of coronavirus was found in South Africa, raising concerns over the slowdown of the global economy and disruptions in supply chains.

The market’s breadth was negative as 187 stocks increased, while 293 stocks declined. The liquidity remained high but still fell slightly compared to the last session. Of which, the total trading value on HoSE dropped 8.4 per cent to VND30.03 trillion (US$1.3 billion).

The index was weighed by losses in most large-cap stocks, especially in banking, manufacturing and energy sectors.

Bank stocks led the market’s downtrend with Vietcombank (VCB) posting the biggest losses of 3.71 per cent, followed by Techcombank (TCB), down 3.15 per cent.

The market’s benchmark was also weighed by other stocks, including Masan Group (MSN), PetroVietnam Gas (PV Gas, GAS) and BIDV (BID). These stocks dropped in a range of 2.09 – 3.17 per cent.

The positive point of the market yesterday was the gains in the real estate sector. Two of the stocks in the trio Vin family, including Vingroup (VIC) and Vinhomes (VHM), recorded the biggest gains, with VIC hitting the maximum daily gain of 7 per cent.

During the trading session, nearly 163.6 million shares were traded on the northern bourse, worth over VND4.8 trillion.

VN-Index extends losses on bank stocks have 517 words, post on bizhub.vn at November 29, 2021. This is cached page on Talk Vietnam. If you want remove this page, please contact us.