Vietnam Railway Authority (VRA) has submitted a plan to call for foreign investment in two railways to be connected to the Lach Huyen and Cai Mep – Thi Vai ports. 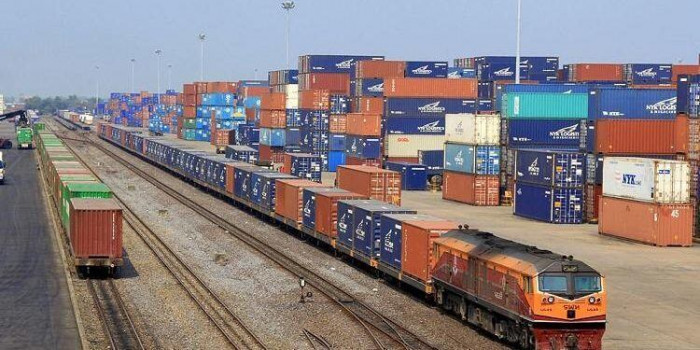 VRA Deputy Head Duong Hong Anh said the project on building a railway to Lach Huyen Port is under planning. It is expected to replace the existing railway to Hai Phong which cannot be exploited effectively because of urban traffic.

As for the Bien Hoa – Vung Tau railway project, an investment project has been planned which has received Ministry of Transport's approval for research results.

The railway is expected to have a total length of 84 kilometers, gauge of 1,435mm, run in parallel with Highway 51, and go through Cai Mep – Thi Vai and Ben Dinh – Sao Mai Ports. The investment capital of the project is VND56.8 trillion. The time needed for investment capital recovery is 19 years and for loan return 30 years.

VRA proposes calling for foreign investments under the modes of capital provision, cooperation, or technology transfer. Investors can also contribute capital to set up joint ventures, and buy shares.

Meanwhile, Bien Hoa – Vung Tau project has been added by MOT to the list of projects calling for investment under the BOT (build operate transfer) mode.

Nguyen Khanh Tung from MOT said that in order to attract investors, approval of developing projects is necessary. He predicted that in terms of new railway projects under the PPP mode, it would be difficult to persuade investors to spend huge capital to develop the entire projects, because it will take a long time to recover capital.

The State should invest in major infrastructure items to attract investors, and private investors could invest in locomotives, wagons or warehouses and yards.

Tung said under current law, the State only invests in major railways outside ports, while the railways within ports must be developed by private investors. This creates inadequacies when port companies don't invest, or intend to make an investment but there is still no specific timeline. If so, the main railway developed by the State is not exploited effectively because they do not connect to goods storehouses.

A representative of the Vietnam Port Association commented that the projects would be difficult to implement under PPP mode, especially in Cai Mep – Thi Vai area. The railway project to connect with Cai Mep – ThiVai would be more feasible if it is invested in by the State.

Vietnam seeks VND90 trillion to build railways connected to seaports have 623 words, post on vietnamnet.vn at November 24, 2021. This is cached page on Talk Vietnam. If you want remove this page, please contact us.