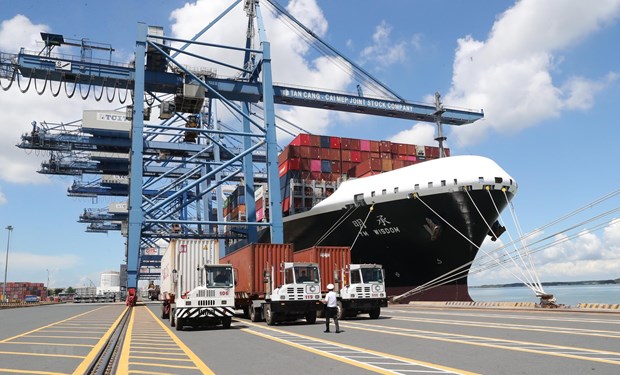 Hanoi (VNA) – Vietnam's foreign trade surged 22.3 percent year-on-year in the first 11 months of this year to exceed 599.1 billion USD, according to the General Statistics Office (GSO).

The figure reached 59.7 billion USD in November, up 8.5 percent month-on-month and 19.7 percent year-on-year, the GSO announced on November 29.

Thirty-four commodity items earned export revenue of 1 billion USD upwards during the period, which together made up 93.5 percent of the total. Industrial and processing products were the biggest currency earners, with revenue accounting for 89 percent of the total exports, or 266.75 billion USD, up 18 percent.

The country posted a trade surplus of 225 million USD from January to November, compared to 20.19 billion USD in the same period last year./.

Vietnam's foreign trade up 22.3 percent in 11 months have 336 words, post on en.vietnamplus.vn at November 29, 2021. This is cached page on Talk Vietnam. If you want remove this page, please contact us.