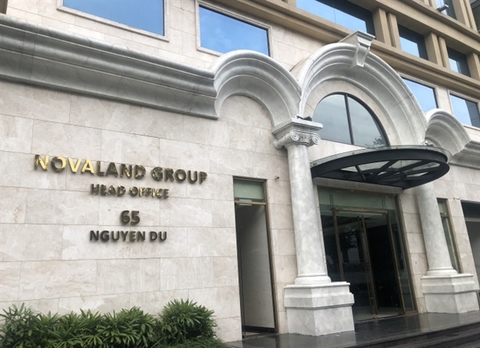 Shares extended gains for a third consecutive session on Thursday with the VN-Index hitting a record high, propped up by a slew of banking, securities and real estate stocks.

The market’s breadth was positive with 266 stocks rising, while 189 slid.

Investors poured over VND31.8 trillion (US$1.6 billion) into the southern exchange, equivalent to a trading volume of VND1 billion shares.

"Movements of stocks in the VN-30 basket showed strong selling pressure in the middle of the afternoon trading session, causing this index to fluctuate and drop to near level reference, before fortunately recovering in the last minutes of trading," said financial news site vietstock.vn.

Blue-chips in the real estate group outperformed such as Phat Dat Real Estate Group (PDR), soaring by 4.2 per cent, Novaland (NVL) increasing by 2.4 per cent, and The Viet Nam Rubber Group (GVR) rising by 1.6 per cent.

In the banking group, VPBank (VPB) closed 2 per cent higher. Vietcombank (VCB) gained strongly for the second consecutive session with an increase of 2.2 per cent.

Other bank stocks in the VN-30 group gained steadily such as Sacombank (STB) and Tien Phong Bank (TPB). About half of banking stocks dropped but the decrease was not significant.

The only losing sector was food and beverage.

During the trading session, nearly 106.6 million shares were traded on HNX, worth nearly VND3.1 trillion. — VNS

Shares extend gains, VN-Index hits 1,500 points have 512 words, post on bizhub.vn at November 25, 2021. This is cached page on Talk Vietnam. If you want remove this page, please contact us.