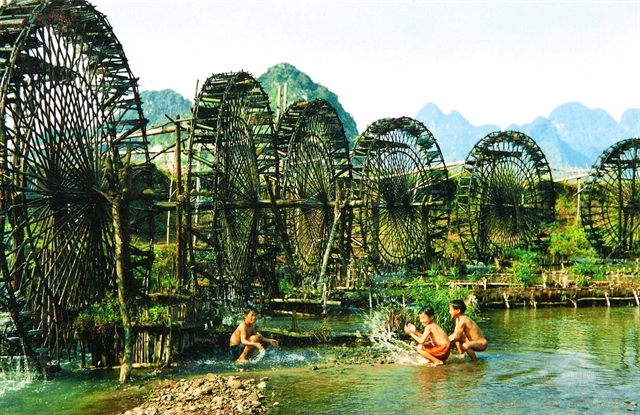 Children play in the of near Măng Đen Town. — Photo vntrip.vn

Măng Đen is a small town surrounded by mountains and rich forest flora. It has a cool and mild mountainous climate all year round and is home to the Măng Đen national eco-tourism area in Kon Tum Province.

Măng Đen, which belongs to Kon Plông District, is a plateau in the Trường Sơn mountain range, at an altitude of 1,200m above sea level.

We arrived in Măng Đen on a beautiful day. The highland was filled with steep hillsides and clusters of smoke from the small houses that mixed in with the fog.

A coach took us from Kon Tum City early in the morning, before a smaller bus took us straight to Măng Đen Town. Many buses run this route every day. You can tell your destination to the driver and they will stop at a spot most convenient to you.

The bus ride is like a short tour in itself. You can see the passes down in the valley and the misty sky over the mountain top above. 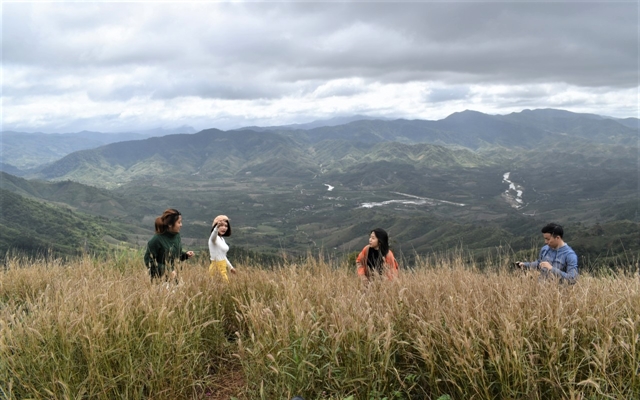 In the past, Măng Đen was not well known with a population of just 7,000, mainly Bana, people living in a few sparse villages in the valleys and hillsides.

However, Măng Đen has a special geographical position. It is located on an arterial road connecting the Bờ Y border gate with the central coastal provinces. It is also a ‘green road’ for a long-term tourism strategy from the mountains to the sea and islands, from the coast to Cambodia.

Similar to its natural conditions, the inhabitants of Măng Đen are quite diverse; many ethnic groups, such as Xê Đăng, Mơ Nâm, Ka Dong and Hre, have lived together since ancient times. Although they share similarities, each ethnic group has its own distinct culture. They converge together to the sound of gongs in the festive season. 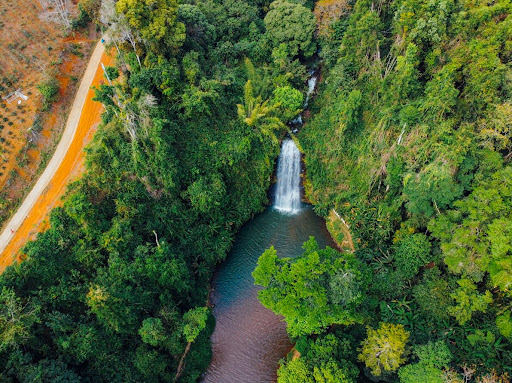 Pa Sỹ Waterfall is a popular destination in the journey of discovering Măng Đen. — Photo kyluc.vn

With a cool year-round climate and average temperatures of 16-20 degrees Celsius, Măng Đen is known as the ‘second Đà Lạt’ of the Central Highlands, as it is also a plateau with vast valleys and pine forests. Its beauty is both sad and romantic.

According to the People’s Committee of Kon Plong District, in the early decades of the 20th century the French came to Măng Đen to survey and plant pine trees, with the intention of building a resort on this land.

We also visited the statue of Virgin Mary and saw the beautiful architecture of Măng Đen Church, with anecdotes about the epiphany. You can also visit Khánh Lâm Pagoda with 18 arhats of different shades.

In recent years, spiritual-cultural tourism has developed, becoming an important highlight in the overall eco-tourism of the town. That advantage is placed in the natural scenery, with the masterpieces of the mountains and forests.

After conquering nearly 200 steps to admire Pa Sỹ Waterfall, which is formed from the two largest streams of Măng Đen, we found water that was cool and soft. We enjoyed a delicious cuisine of grilled chicken and dried bamboo shoot salad. Sipping a cup of coffee in the chilly weather and watching the houses on stilts looming in the mist is also wonderful. 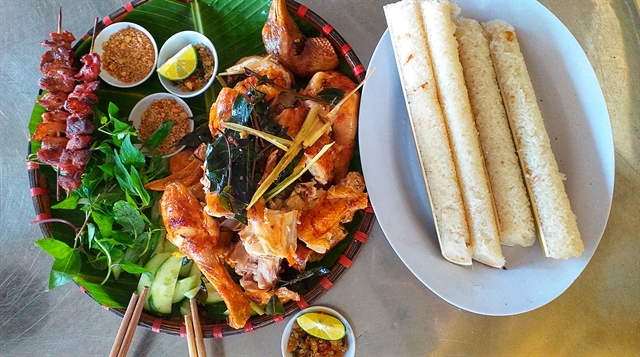 In the early morning, when the day still hasn’t woken, you can easily catch beautiful scenes in the town. The vaporous rays of light through each canopy of forest trees, the first rays of sunlight and clouds floating in the air made us strangely captivated. The whispers of the pine forest and the clouds spreading across the path create a picture of nature that is poetic and vivid.

The journey to hunt clouds in Măng Đen is not too difficult. We spent time trekking Ngọc Lễ mountain to hunt for the clouds. They float beside and below the mountain tops, so close it felt like we could touch them.

Măng Đen is lyrical and dreamy, mysterious and far away, but close enough for travellers. Winter is coming, why not come to Măng Đen? VNS

Măng Đen, an attractive eco-tourism destination in Kon Tum have 922 words, post on vietnamnews.vn at November 19, 2021. This is cached page on Talk Vietnam. If you want remove this page, please contact us.