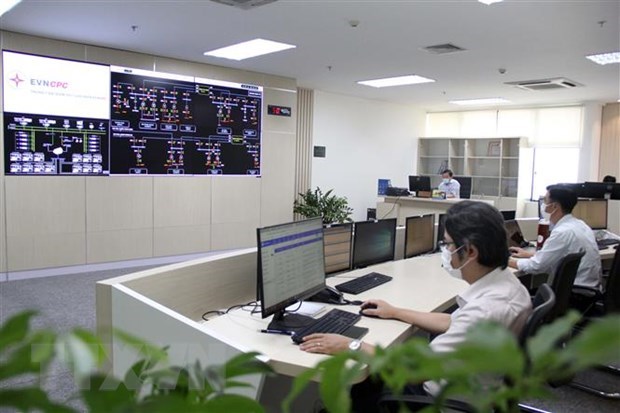 Since 2012, the corporation has begun to work on a project on the roadmap developing a smart power grid, which was officially approved in 2013. (Photo: VNA)

Hanoi (VNA) – The Central Power Corporation ( EVNCPC ) said on November 24 that it ranks fifth in ASEAN in the Smart Grid Index (SGI) with 64.3/100 points.

The ranking was conducted by SP Group , a leading utilities group in the Asia Pacific, and provides a suite of sustainable energy solutions for customers in Singapore and the region.

Since 2012, the corporation has begun to work on a project on the roadmap developing a smart power grid, which was officially approved in 2013.

By the end of October 2021, EVNCPC had installed 4.2 million electronic meters, of which 4 million are telemeters using the RF Spider system, helping to raise the success of electrical data collection to 99.2 percent.

The SGI is a simple and quantifiable framework that measures smartness of power grids globally, in seven key dimensions. The framework assesses proxies of each dimension using publicly available information. The index guides utilities to build smarter grids and deliver better value to customers. From the benchmarking results, best practices can be identified, and shared among peer utilities to drive smart grid advancement.

The 2021 SGI benchmarks a total of 86 utilities across 37 countries/markets./.

EVNCPC ranks fifth in ASEAN in Smart Grid Index have 290 words, post on en.vietnamplus.vn at November 24, 2021. This is cached page on Talk Vietnam. If you want remove this page, please contact us.