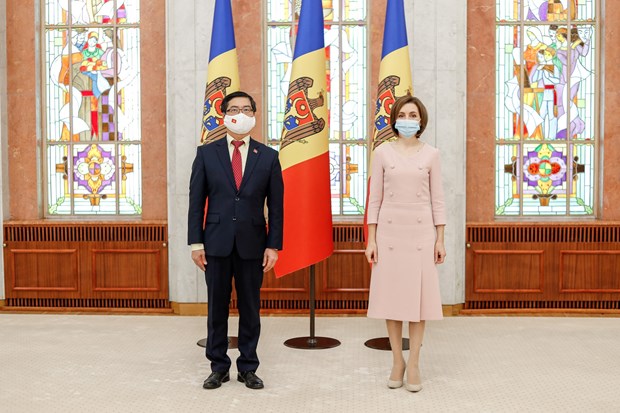 The host applauded the achievements Vietnam has obtained during its reform, economic development, regional and international integration, and improvement of people's welfare.

She wished her guest a successful term to actively help strengthen and develop the friendship between the governments and peoples of the two countries.

Thach, who is also the ambassador of Vietnam to Ukraine, expressed his honour to assume his duty in Moldova, a small but beautiful country with rich history and culture.

The diplomat said both countries hold huge potential, and that he will exert utmost efforts to promote bilateral multifaceted ties, especially in economy and trade./.

Moldovan President highly values Vietnam’s achievements have 261 words, post on en.vietnamplus.vn at October 16, 2021. This is cached page on Talk Vietnam. If you want remove this page, please contact us.