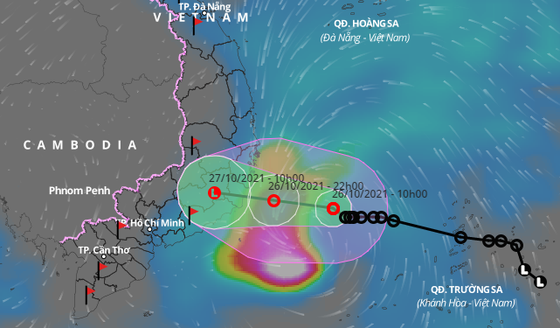 The tropical depression churns towards the waters from Khanh Hoa to Binh Thuan.

According to the National Center for Hydrology Meteorology Forecasting, as of 10 a.m. on October 26, the eye of the system was around 11.3 degrees north latitude and 111.3 degrees east longitude, about 270 kilometers and 250 kilometers far from Khanh Hoa and Ninh Thuan provinces with gusty winds of 40-60 kilometers per hour.

In the next 24 hours, the tropical depression will keep moving west-northwest, bear down the provinces from Khanh Hoa to Binh Thuan and weaken into a low-pressure zone gradually. By 10 a.m. tomorrow, the low-pressure zone is forecast to be around 11.7 degrees north latitude and 108.3 degrees east longitude in the southern part of the Central Highlands region.

This morning, an online meeting to deal with the ongoing tropical depression was held in the capital city of Hanoi under the chair of Deputy Minister of Agriculture and Rural Development (MARD) and Deputy Head of the National Steering Committee for Natural Disaster Prevention and Control Nguyen Hoang Hiep.

According to Mr. Hiep, Ho Chi Minh City will experience flooding caused by downpours along with high tide from tonight or tomorrow. 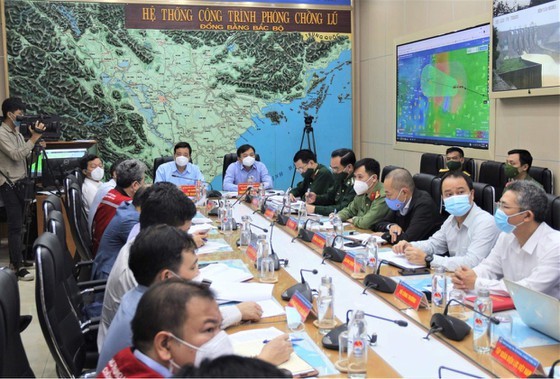 An online meeting to deal with the ongoing tropical depression this morning
Speaking at the meeting, Director of the National Hydrology Meteorology Forecasting Mai Van Khiem informed that the tropical depression would be likely to strengthen into a storm in the East Sea.

From Tuesday afternoon, the tropical low-pressure system will bring up to 100mm to 300 mm of heavy rainfalls on the large scale in the provinces from Thua Thien-Hue to Binh Thuan, the Central Highlands and the southeastern regions.

By SGGP- Translated by Huyen Huong

Ho Chi Minh City to experience torrential downpour have 407 words, post on www.sggpnews.org.vn at October 26, 2021. This is cached page on Talk Vietnam. If you want remove this page, please contact us.