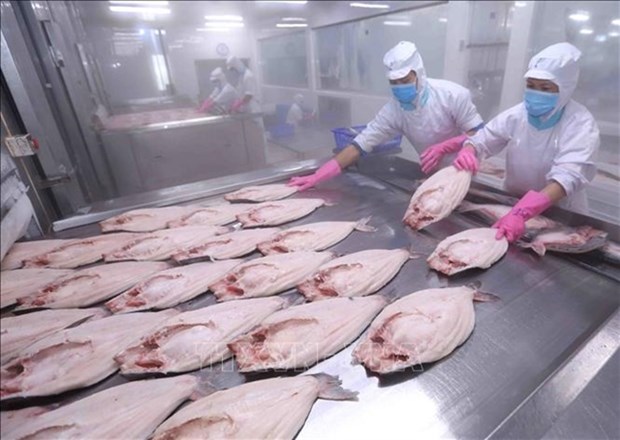 Hanoi (VNS/VNA) – Foreign direct investment ( FDI ) is to continue flowing into Vietnam from Europe in the medium to long-term thanks to the EU-Vietnam Investment Protection Agreement (EVIPA), which was ratified in August last year, experts said.

A year later, two-way trade and investment have seen significant progress. Vietnam-EU trade has increased by 11.9 percent year-on-year to reach 54.6 billion USD. By the end of September this year, EU members were running 2,242 projects in the Southeast Asian country with a total investment registered of 22.2 billion USD, 5.58 percent of all foreign investment in Vietnam.

The agreement, which focuses on the liberalisation of non-direct investments and the procedure for settling disputes between investors and the State, replaced the 20 previous bilateral investment agreements between Vietnam and 21 EU countries.

EVIPA has been designed to strengthen the protection of investments of both parties by ensuring a high level of security and to commit both sides to the principle of non-discrimination and the rejection of any expropriation without prompt and adequate compensation.

Investment from the EU has been said to play a vital part in the development of Vietnam’s domestic industries through cooperation and integration with and into the global supply chain. It has also been expected to be a driving force for a rapid digital transformation for the developing economy.

There was still, however, a lot of ground to cover on Vietnam’s part if the country was to take full advantage of the agreement, experts said.

Vietnamese policymakers must be fully prepared to implement prudent monetary and financial policies as soon as the agreement comes into effect as it’d help save time and reduce opportunity costs for both sides, said Prof. Andreas Stoffers, national director of the Friedrich Naumann Foundation for Freedom in Vietnam, a German foundation for liberal politics.

Vietnam must stay committed to international trade agreements including the European Union – Vietnam Free Trade Agreement (EVFTA) and the Regional Comprehensive Economic Partnership (RCEP), two major trade pacts which Việt Nam is a part of, to ensure Việt Nam’s position as an attractive destination for foreign investments, he said.

Vietnam must take the initiative in adopting the latest technologies to improve efficiency and productivity to meet European standards.

Meanwhile, Vietnamese policymakers and businesses should conduct extensive studies of the EVIPA and European laws and customs to avoid potential legal disputes in trade and investment activities in the future./.

EVIPA ensures FDI flow in medium to long term have 570 words, post on en.vietnamplus.vn at October 26, 2021. This is cached page on Talk Vietnam. If you want remove this page, please contact us.