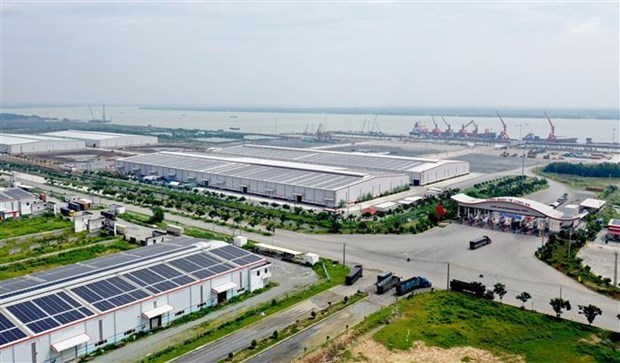 Can Tho (VNA) – The COVID-19 pandemic has forced up to 7,941 enterprises in the Mekong Delta to suspend their operations or register for dissolution in the first nine months of this year.

According to the Can Tho branch of the Vietnam Chamber of Commerce and Industry ( VCCI ), a total of 6,109 firms were established in the region from January to September, equivalent to only 34 percent of the number recorded in the same period last year.

Nguyen Phuong Lam, Director of VCCI Can Tho, said the region's monthly export turnover stood at around 1 billion USD in August and September, the lowest so far this year.

However, thanks to good performance in the previous months, most of the localities saw increases in export value for the nine-month period, with the highest recorded by Dong Thap, Soc Trang and Ca Mau at 22 percent, 18 percent and 12 percent, respectively.

The localities reported that about 30-50 percent of businesses have resumed their operations.

Nguyen My Thuan, Vice Chairwoman of the business association in Can Tho, suggested that the localities should reach consensus on travel regulations to facilitate the travel of workers as well as goods circulation.

Lam also urged the cities and provinces to raise proposals to the Government and the Health Ministry regarding the allocation of vaccines to accelerate business resumption.

The VCCI Can Tho said in the nine months, 45,091 enterprises nationwide suspended their operations, up 16.73 percent year-on-year, while another 32,398 applied for dissolution, a rise of 17.44 percent./.

COVID-19 claims thousands of businesses in Mekong Delta have 444 words, post on en.vietnamplus.vn at October 20, 2021. This is cached page on Talk Vietnam. If you want remove this page, please contact us.