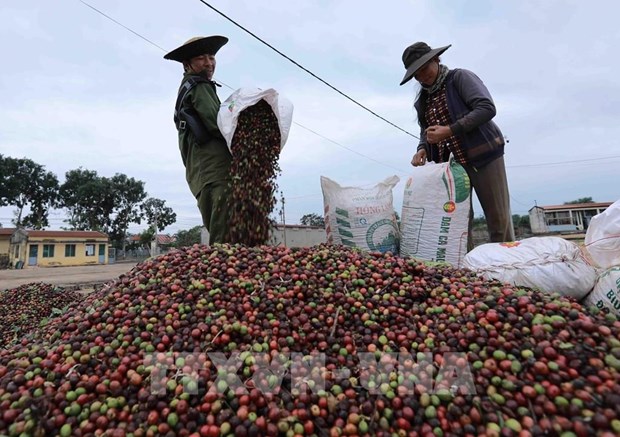 Hanoi (VNA) – Vietnam's coffee export s to the Republic of Korea (RoK) are forecast to grow in the near future as the RoK's demand for the product has been on the rise, according to experts.

Statistics from the International Trade Centre showed that RoK’s coffee import s in the first six months of this year reached 94,840 tonnes worth 432.4 million USD, representing year-on year increases of 11.7 percent in volume and 30.3 percent in value. coffee imports from most of the main supplying markets in the first half of this year. The country imported 19,500 tonnes of coffee worth 30.82 million USD from Vietnam in the period, up 12.8 percent in volume and 5.2 percent in value compared with last year's figures.

Vietnam's coffee exports to RoK likely to increase have 331 words, post on en.vietnamplus.vn at September 16, 2021. This is cached page on Talk Vietnam. If you want remove this page, please contact us.