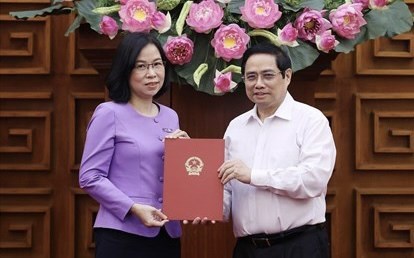 Hanoi (VNA) – The State-run Vietnam News Agency (VNA) should develop into a professional, modern multimedia agency, according to an instruction of Prime Minister Pham Minh Chinh.

The requirement is part of the PM's conclusions on the agency's operation and development orientations in the new period, which was detailed in a document announced by the Government's Office following a working session between the Government leader and the VNA’s management on September 14,

At the session, PM Chinh hailed the agency for its firm political mettle and outstanding completion of its assigned tasks, saying that the agency has made important contributions to the country's achievements over the past 35 years of reform. 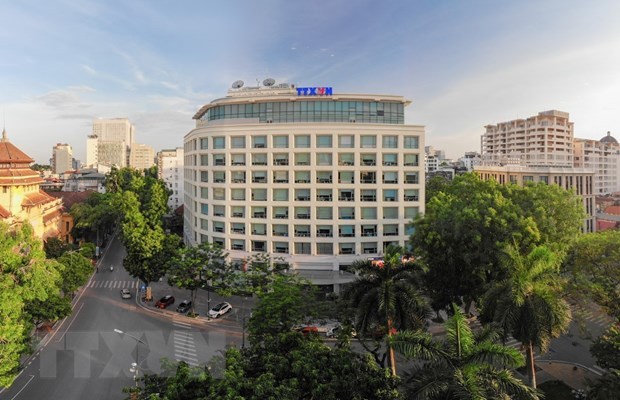 The headquarters of the VNA in Hanoi. (Photo: VNA)

At the same time, he took note of difficulties and challenges that VNA is facing, as well as its limitations and shortcomings, including those regarding personnel quality and infrastructure, saying they should be tackled soon.

The PM said the agency needs to change the mindset in leadership and management, take specific measures to improve its operation towards professionalism and modernity, consolidate its apparatus, and step up digitalisation.

The VNA must reform strongly to improve its position and role on the front of ideology, information and communications, and better popularise guidelines of the Party and policies and laws of the State, thus helping to create social consensus, raise people's knowledge and promote the culture and people of Vietnam .

In any circumstances, the VNA should successfully fulfill its political tasks entrusted by the Party, State and people, as a trustworthy news agency, the PM stressed.

He required the agency to carry forward the spirit of innovations and self-reliance, adding that difficulties and challenges should be turned into development momentum and opportunities.

The Government leader urged the VNA to quickly finalise a project on building the VNA into a professional and modern  multimedia agency to submit for approval.

Vietnam News Agency develops toward professional, modern multimedia agency have 574 words, post on en.vietnamplus.vn at September 24, 2021. This is cached page on Talk Vietnam. If you want remove this page, please contact us.