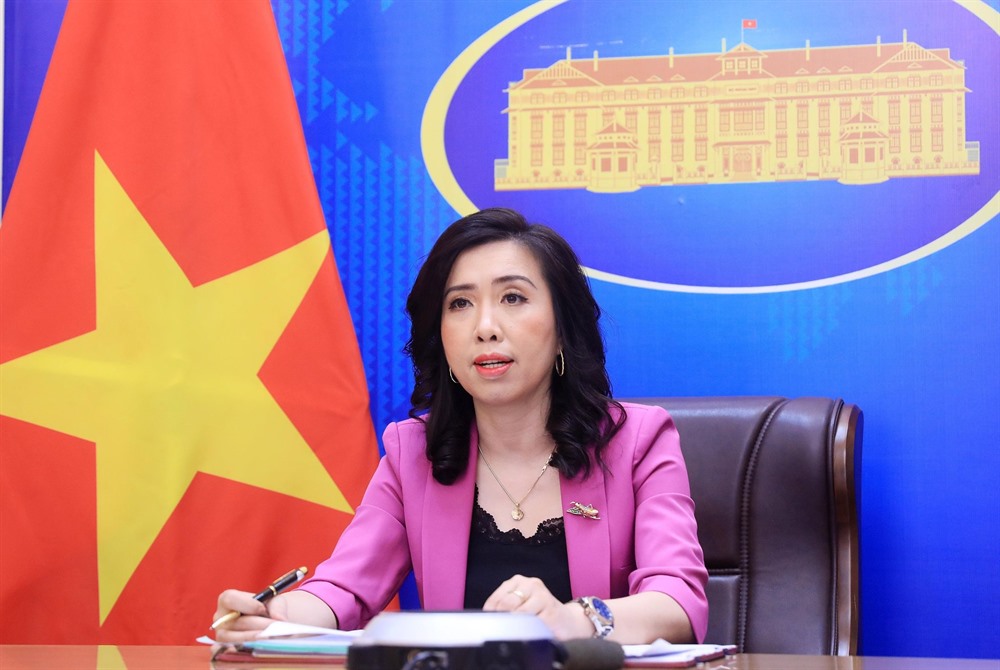 Spokeswoman of the Ministry of Foreign Affairs Lê Thị Thu Hằng at the press briefing on Thursday. Photo courtesy of the ministry

Answering question from a local reporter during a press briefing on Thursday, spokeswoman of the Ministry of Foreign Affairs Lê Thị Thu Hằng said: "This is not the first time that Freedom House has given unobjective assessment on Việt Nam based on incorrect information and prejudice about the country."

"The efforts to promote and ensure human rights in Việt Nam have been highly regarded by countries and international organisations in the universal periodic review by the Human Rights Council of the National Nations through various periods," she said.

"The report of the Freedom House is invalid and I don't feel the need to further comment on this," the spokeswoman said. — VNS

Việt Nam refutes “unobjective” claim about Internet freedom have 191 words, post on vietnamnews.vn at September 23, 2021. This is cached page on Talk Vietnam. If you want remove this page, please contact us.