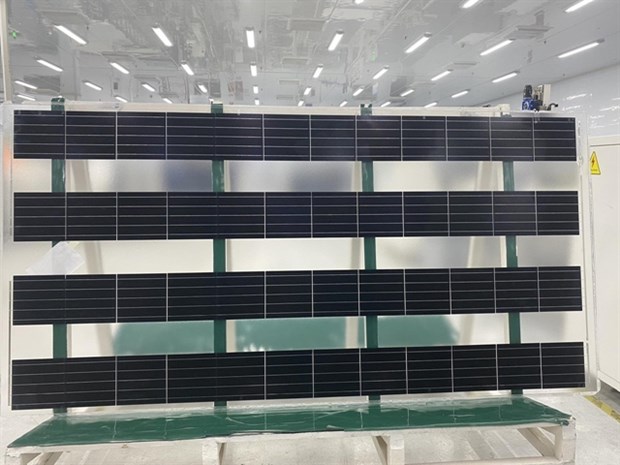 IREX Energy joint-stock company said the Agri-PV, which was produced at its Vung Tau city-based plant, is designed with power capacity from 265 to 400 watts each for flexible installation at crop and aquatic farms as well as log farms.

He said a 300sq.m farm can install Agri-PV modules to generate 160kw per hour, while having a balanced temperature and moisture for crops below.

The solar power PV module has been used at a pilot sugar cane and a log farm in central Phu Yen province from 2018.

The southern Vung Tau-based plant, which was launched with total capacity of 350MWp (photo-voltaic cells) solar cells and 500MWp solar panels per year, had to reduce capacity by 30 percent due to the impact of COVID-19 and social distancing regulations.

It said 40 percent of locally made solar cells were exported to European and North American markets from 2018.

It said solar power and wind power products from IREX were used to create renewable energy on islands and technical platforms in the Truong Sa archipelago of Vietnam./.

Locally made Agri-PV product introduced have 508 words, post on en.vietnamplus.vn at September 20, 2021. This is cached page on Talk Vietnam. If you want remove this page, please contact us.