Among dozens of songs featuring the pandemic and its consequences, Sài Gòn Tôi Sẽ (My Sài Gòn Will…) by English teacher Nguyễn Thái Dương has won the hearts of millions of people throughout the country and even people abroad.

"My home city is so quiet,

She is tired of the pain,

Big and small streets are out of breath…"

The touching lyrics backed by a gentle waltz have been listened to and shared repeatedly online in the past week. It has also spread belief in a better future. 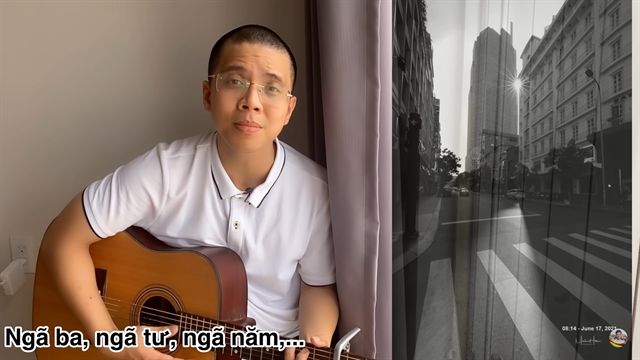 "When HCM City was locked down to stop the virus spreading following Directive 15 on May 31, the once-bustling city was suddenly so quiet," Dương told Việt Nam News . "The streets are so silent and shops are closed. I recorded my feelings in the song."

Dương said though he completed the song fairly quickly he has been in love with the city for a very long time.

"The song is the essence of my love," he said.

Dương confessed he is not a professional song composer so he doesn't care what style he should create the song in. He just wanted to record his feelings.

"Waltz rhythm is more simple than other rhythms and suitable to my lyrics: simple and close," he said.

Đinh Quốc Dũng, who saw the video commented that even though he is not a city dweller, he felt moved to hear the song.

Audience Nguyễn Sơn says the song is one of the best songs he has heard in the past ten years.

"The author has composed the song with real feeling and the song is really touching," Sơn said.

Phượng Nguyễn, who lives in the US, said she cried hearing the song.

“I felt my hometown breathe heavily,” she said. “I hope things will improve very soon.”

Composer Võ Hoài Phúc told Thanh Niên (Young People) newspaper in an interview that the song brings him a tranquil feeling. Its melody and rhythm are so gentle and the song says people in HCM City and the city are tired.

"The song also brings optimism," he said. "It's like the city is sick temporarily then will be strong again. There is something tolerant in the song, very 'Saigon' in its characteristics."

Dương said he liked music from a young age but it wasn't until 2017 that he began to compose more regularly.

Dương launched an album titled Sài Gòn 9X (Sài Gòn in 1990s) on Youtube on June 30. Four among seven songs in the album were in the waltz melody.

"Maybe as I think simply, I compose simple music notes for my songs," he said.

Dương said two important events inspired him to compose the album: when he got married and moved out of his parents' house; and when he had a son who made him remember his childhood.

"I searched for old materials to see how the city has changed to see why I missed the old city so much though I'm still living in it. That's the reason why I name the album Sài Gòn 9X meaning both now and then. 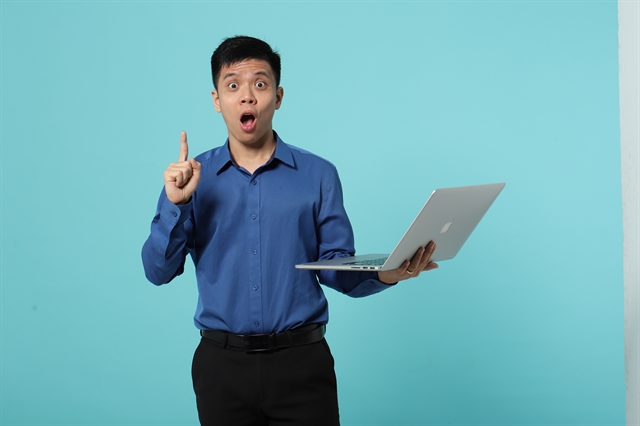 Dương has been popular with his lessons with lots of fun. — Photo courtesy of Nguyễn Thái Dương

Dương has been popular as a teacher of English, who nicknamed himself as Thầy Giáo 9X (Teacher born in the 1990s). Dương often shares tips in learning English online freely and composes songs to ease learners to study new words quicker and more fun. Some of his teaching videos reached millions of views on various foundations including Facebook, Youtube, TikTok and some TV shows.

Dương said his students are of various ages in and out of the country.

"I actually have learned a lot teaching English for Vietnamese in the US," he said. "I learn a lot about their life there. They work very hard and are very lonely. I composed a song titled Về (Return Home) in the album that was inspired by the story of one of my students.

Dương graduated with the best mark among his student generation from the HCM City National University, majoring in Biotechnology.

Yet he decided to become an English teacher.

"I have thought very hard for a long time about quitting my field to work as a teacher," he said.

He simply finds himself with a special talent for delivering English lessons in a fun way.

"When the learners find it easy, they want to continue," he said. "When I see them happy, I'm happy, too." 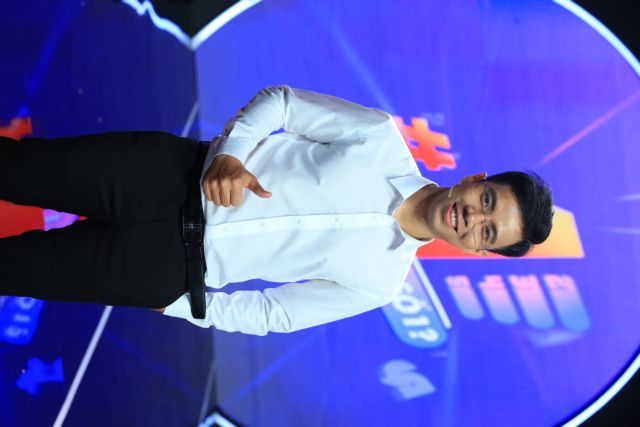 Dương joins game show Who Is No 1. Photo courtesy of Nguyễn Thái Dương

Though the pandemic has hindered his offline class, Dương continues with online teaching every day.

"I hope to help more and more people no longer be scared of English," he said.

Dương often advises younger people to do what they are best at and what society needs. —  VNS

Teacher's song for Sài Gòn goes viral have 1190 words, post on vietnamnews.vn at July 22, 2021. This is cached page on Talk Vietnam. If you want remove this page, please contact us.