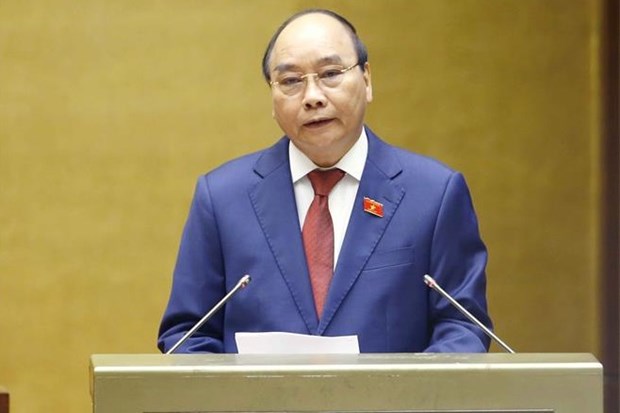 Nguyen Xuan Phuc was elected as State President of Vietnam for the 2021-2026 tenure on July 26 during the first session of the 15th National Assembly in Hanoi. (Photo: VNA)

Hanoi (VNA) – Newly-elected State President Nguyen Xuan Phuc pledged to work harder to preserve and carry forward the strength of the great national unity bloc in any circumstances, while taking the oath of office on July 26.

The leader promised to be absolutely loyal to the Fatherland, the people and the Constitution, and do his best to fulfill tasks assigned by the Party, State and the people.

Phuc said he will listen to opinions and wishes of people of all social strata, including intellectuals at home and abroad, push ahead with judicial reform and the building of a rule-of-law socialist State, increase resources for national defence and security and promote the building of a strong People's Army and People's Public Security force to ensure a peaceful life for people, and stand ready to firmly safeguard peace, independence, sovereignty and territorial integrity of the country. 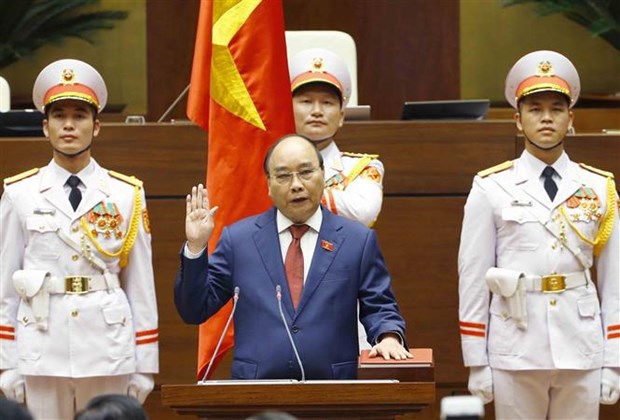 He also pledged to work together with the National Assembly, the Government and the entire political system to keep a close watch on the implementation of visions, guidelines and strategies on comprehensive national development, ensuring that no one is left behind, especially in disadvantaged, remote, border and island localities.

Mentioning difficulties and challenges during the 2016-2021 tenure, notably the pandemic's severe impacts on human health and the global economy, Phuc stressed the significance of the trust of people and international friends in the country's political resolve and regime.

The great national unity bloc and the determination of the Government and people will help Vietnam sail through the fourth wave of pandemic outbreaks, and make new development milestones, he said.

Phuc was elected as State President of Vietnam for the 2021-2026 tenure on July 26 during the first session of the 15th National Assembly in Hanoi.

A resolution on the election was endorsed by all 483 deputies present, or 96.79 percent of total lawmakers./.

State President Nguyen Xuan Phuc takes oath of office have 564 words, post on en.vietnamplus.vn at July 26, 2021. This is cached page on Talk Vietnam. If you want remove this page, please contact us.