Locals in Vĩnh Phúc Province's Thượng Trưng District are very proud of their rau rút or nhút , known as water mimosa in English, a green, reed-like vegetable that grows in freshwater ponds or lakes.

The vegetable has become a speciality for not only locals but also visitors to the province. They say they can see the beauty and soul of the countryside in the vegetable pond and a plate of boiled rau rút said 72-year-old Nguyễn Thị Hòa who owns several rau rút ponds. 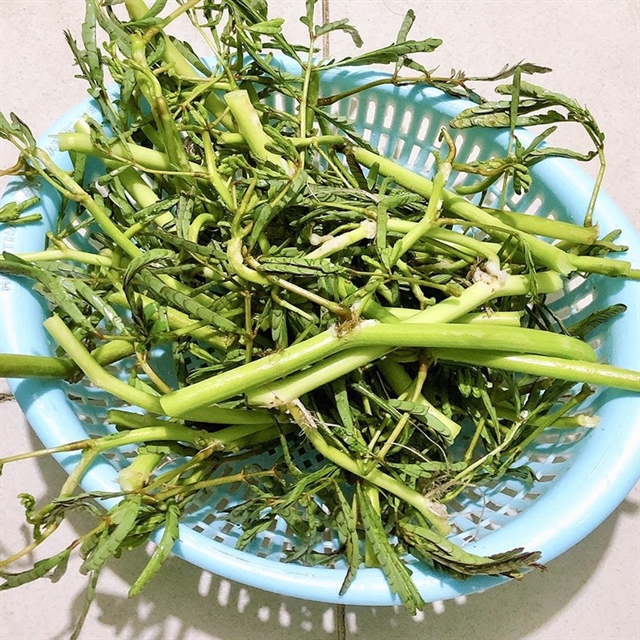 There are areas in the province where they sow rau rút (locally known as thả ) but the tastiest and most fragrant of the vegetable is sown by the households in the districts of Thạch Ngõa and Phú Hạnh villages.

Hòa said she did not know when the rút veggie came into being but it has been growing in her family's pond since she was a little girl.

"My grandmother told me that it should be sown in a pure water pond surrounded by duckweeds so it is very healthy. It is a very good dish for cooling down in the severe heat of summer," Hòa says.

The season of rút veggies lasts from the fourth to seventh lunar months. During this period, locals have to wake up very early in the morning and use a small boat to gently harvest each rút vegetable in the pond and place them on the boat.

"They have to carefully wash the duckweeds out of the veggies before tying 10-12 pieces in a bundle to take to the market for sale," Hòa says. 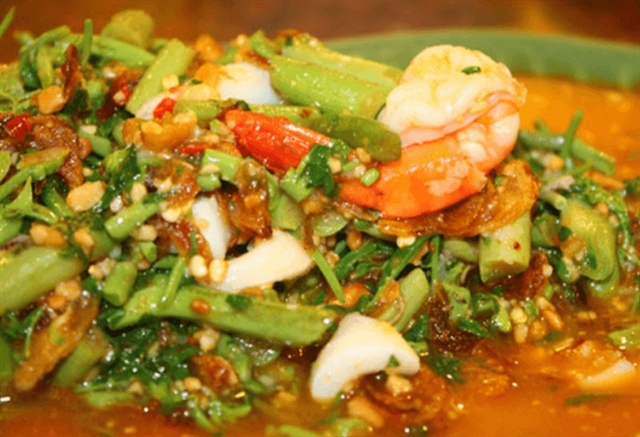 The veggies can be cooked with pork ribs and local taros (which are as big as a big toe) or fry them with garlic. Many people prefer boiled rút veggie because it has a special aromatic flavour and fragrance, Hòa said, noting, however, that the boiling process takes skill.

Cooks should get only young rút veggie and carefully wash it before cutting it in 10cm lengths before putting it in a pot of boiling water for two minutes. The completed dish should be green in colour, sweet and soft, she said, warning that if it is overcooked it can turn into a yellow colour and be hard to bite. 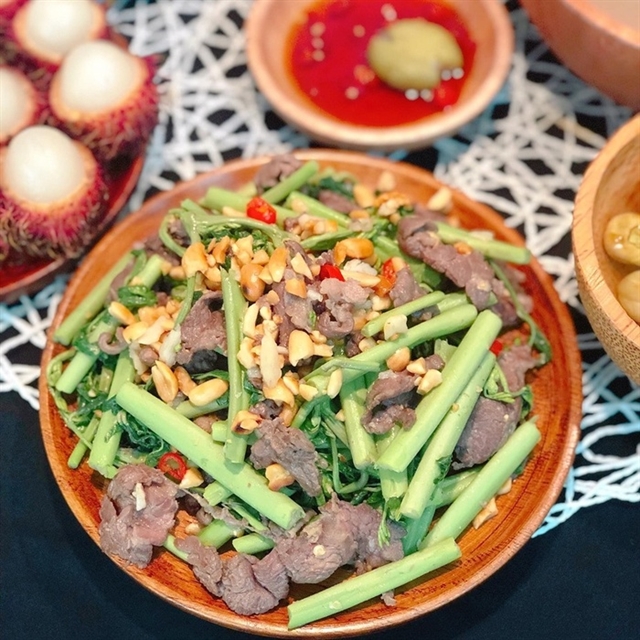 It is best enjoyed dipped in Phú Quốc quality fish sauce and mixed with minced garlic, chilli and vinegar along with several salted pieces of bamboo. The dish is eaten with rice and other dishes such as fried pork belly or braised fish, Hòa said.

"All my family members like boiled rút veggies. They also like to pour the broth on rice to eat with pickled eggplants," she said.

She said her veggies have been selling very well nowadays because many housewives buy it as specialities for big ceremonies such as wedding parties or family meetings and for the first and middle days of the lunar month celebrations.

"I often receive orders from customers to buy hundreds of bundles on such occasions." 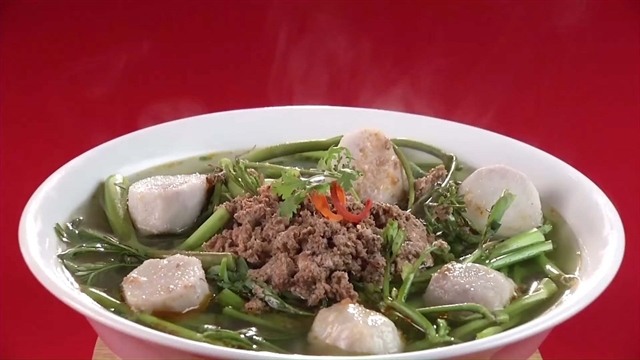 She said many of her villagers cook the vegetable with field crab soup to be eaten with rice vermicelli (known locally as bún cua rau rút ).  This dish sells very well at the market.

A customer named Hoàng Thu Yến said she is addicted to the dish.

"I enjoy it every morning when I go to the market. It is healthy and tasty. I feel it helps to cool me down from the inside on hot summer days, it is also nutritious."

Herbalist Hữu Nam from the Vĩnh Phúc Traditional Medicine Centre said the rút veggie has a sweet flavour and cold characteristics so it can treat many ailments such as inflammations, constipation, it helps to cool down the liver, and has a sedative effect.

It is very effective in treating a cold, goitre and dysentery, Nam says, adding that he is proud of the veggies because it has put Thượng Trưng District on the map. VNS

Rau rút - a special veggie of Vĩnh Phúc locals have 885 words, post on vietnamnews.vn at July 27, 2021. This is cached page on Talk Vietnam. If you want remove this page, please contact us.