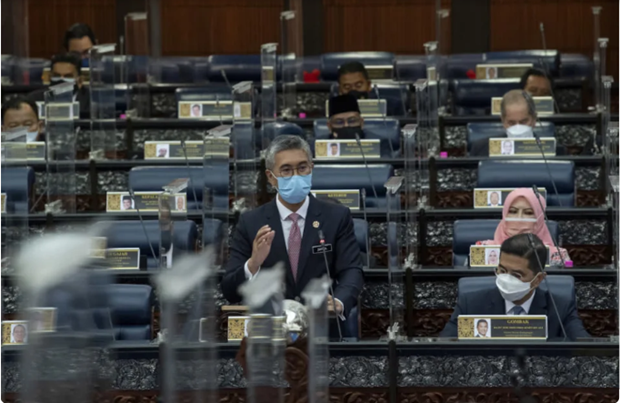 However, it is still below the statutory debt limit of 60 percent of the GDP , according to the minister.

The government plans to table a motion to lift the statutory debt ceiling in the next parliamentary sitting, slated for September, he said.

With limited fiscal space, the government has no choice but to optimise existing financial resources through rationalisation of spending, sourcing additional revenue from the government's ecosystem including the utilisation of National Trust Fund (KWAN) as well as the readiness to increase the ceiling for the Covid-19 Fund (KWC-19), he said.

The government has launched a total of eight stimulus packages since the pandemic broke out, with an accumulative value of 550 billion RM (175 billion USD).

Malaysia’s public debt within limit: Finance Minister have 242 words, post on en.vietnamplus.vn at July 29, 2021. This is cached page on Talk Vietnam. If you want remove this page, please contact us.