The beautiful victory of the Vietnamese football team over Indonesia in the 2022 World Cup qualifier in Dubai made millions of fans across the country burst with pride. As the main sponsor, Vinamilk is very pleased and proud to bring golden nutrition to the national team, helping them maintain performance to demonstrate the Vietnamese bravery.

Against the Indonesian team with bold play and careful preparation, the Vietnamese team's victory in a fierce match further strengthened the fans’ confidence in a generation of enthusiastic and passionate players, who have physical strength not inferior to any other team in the region. That comes not only from the dedication of the coaching staff but also from the golden nutrition of Vinamilk, the main sponsor of the Vietnamese national team, during the team’s rigorous physical training hours. 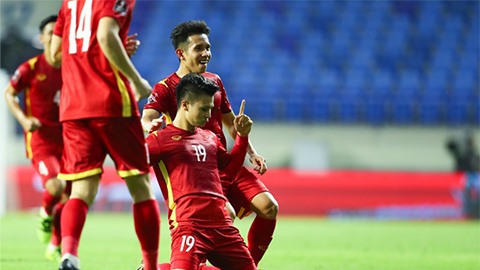 The Vietnamese team once again proved their fitness and solid performance by defeating Indonesia.

Despite rumours of some surprise tactics from the Indonesian team that aimed to avenge their loss in the AFF Cup 2016 at My Dinh Stadium, the golden boys of the Vietnamese team still completed the task with beautiful play throughout the first half and made the fans jump for joy with the first golden goal by forward Nguyen Tien Tien Linh in the first minutes of the second half. 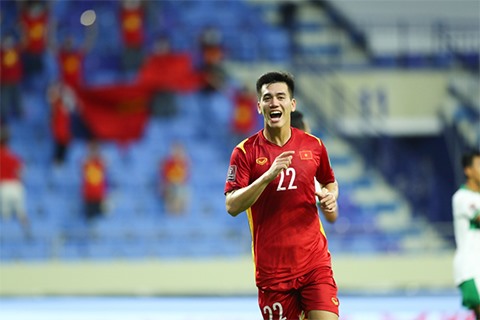 Vinamilk is the main sponsor for the Vietnamese national football team in 2019-2022 and has accompanied the team since July 2019. Besides financial support, the team members have received golden nutrition from the company's international quality dairy products that help improve their physical strength to be ready for key World Cup qualification matches, such as Vinamilk fresh milk, yoghurt, Smoothies Up and Probi milk juices.

Vinamilk is proud to bring golden nutrition to accompany the national team to the World Cup qualification matches in the UAE.

Possessing good physical strength with thorough tactics, the successful start in the UAE has increased the confidence of the Vietnamese "warriors" on their journey to win a historic ticket to the third qualifying round of the 2022 World Cup. 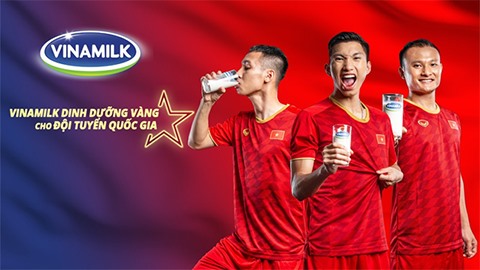 Vinamilk products - the secret of golden nutrition for the Vietnamese football team have 602 words, post on vietnamnews.vn at June 10, 2021. This is cached page on Talk Vietnam. If you want remove this page, please contact us.