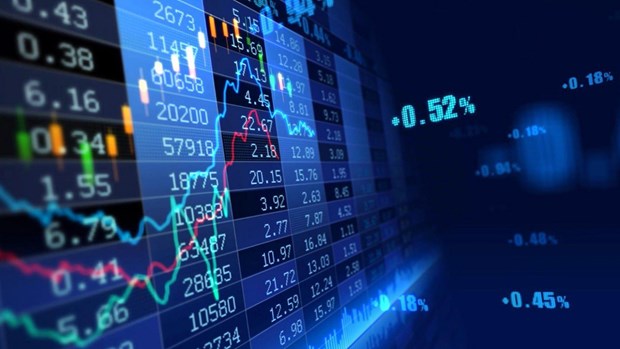 Illustrative image (Source: Internet)
Hanoi (VNA) – As Vietnam makes its anticipated progress from frontier status to a fully-fledged emerging market , the stock market is now at the stage where more and more private investors are getting on board, according to the UK newspaper Proactive .
The article said Vietnam's stock market recently topped the milestone of 1 billion USD of daily transactions, making it the second most liquid in South-East Asia .

With the longest record of any independent asset manager in the country and the second biggest investor behind the government, Dragon Capital is first on the list for most overseas investors in Vietnam.

"When we started," says Dragon Capital founder and chairman Dominic Scriven, "Vietnam’s biggest export was scrap metal, and exports were 2 billion USD. After years in between where it emerged as one of the biggest agricultural exporters – of rice, of cashew nuts, of cinnamon, and several others – this year exports will be close on 300 billion USD and the biggest chunk of exports will be electronics and smartphones."

"And what’s guides that is a political system, political philosophy and a social structure that all combined to underlie consistency and stability," he was cited by the article as saying.

While Vietnam's equity market is now turning over a healthy amount per day, Scriven pointed out that the market remains relatively immature and the Vietnamese economy still offers considerable catch-up opportunities with other local rivals.

He said around 95 percent of the Vietnamese daily stock market volume is private investors not institutions.

Ebullient is putting it modestly, with economic growth averaging 7 percent for the past six years and expected to remain one of the world's fastest growing countries.

With assets under management totalling around 5.5 billion USD, of which the VEIL trust is approximately 40 percent and the ETFs just under 20 percent, the firm is one of the biggest players in South-East Asia./.

Vietnam’s stock market makes anticipated progress: UK newspaper have 547 words, post on en.vietnamplus.vn at June 16, 2021. This is cached page on Talk Vietnam. If you want remove this page, please contact us.