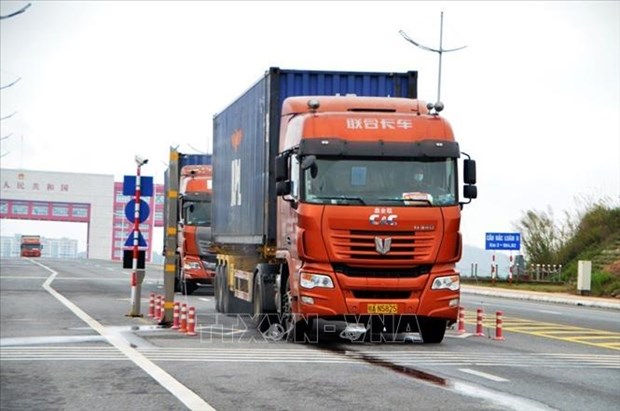 Updates on the efforts of the two countries and localities in preventing the COVID-19 pandemic, especially in border areas, were given at the event.

The two sides focused discussions on a plan to build a concrete bridge at Km3 4 in Hai Yen ward of Mong Cai city and the Mong Cai – Dongxing border market pair, as well as cooperation mechanisms on the customs clearance of goods between the two localities.

A plan for the China Certification & Inspection Group (CCIC) to set up an office in Hai Yen ward to serve the inspection and quarantine of Vietnamese goods exported to China was also put on table.

The two localities agreed to coordinate in border management, combating illegal border crossings, and returning citizens who violated the exit and entry rules of the two countries.

On the occasion, Dongxing authorities presented medical supplies to Mong Cai city to support its fight against COVID-19./.

Vietnamese, Chinese localities seek to promote border trade have 287 words, post on en.vietnamplus.vn at June 11, 2021. This is cached page on Talk Vietnam. If you want remove this page, please contact us.