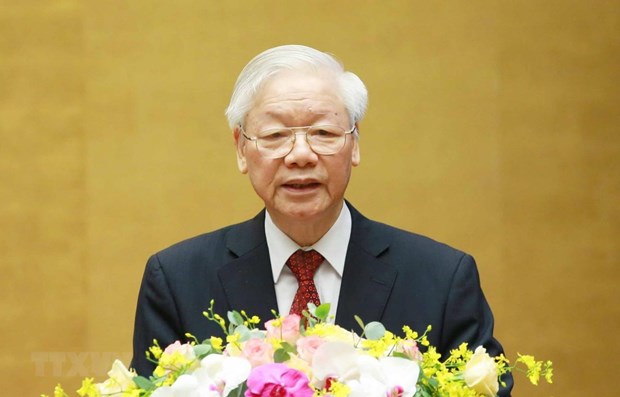 Party General Secretary Nguyen Phu Trong made the remarks at the national teleconference reviewing the five-year implementation of the 12-tenure Politburo’s Directive 05-CT-TW on enhancing the studying and following of President Ho Chi Minh ‘s thought, morality and lifestyle on June 12.

Learning and following the late leader's thought , morality and lifestyle is a necessary, regular and indispensable task for the entire Party and people, particularly Party organisations, State agencies and officials and Party members. 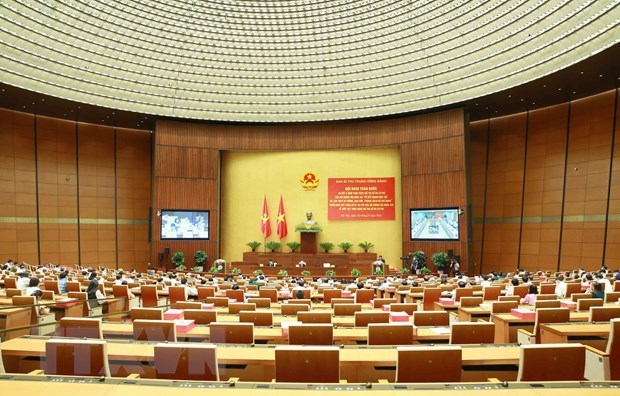 An overview of the teleconference in Hanoi (Photo: VNA)

On behalf of the Party Central Committee, the Party chief welcomed and praised collectives and individuals that stand out in performing this task.

The nation's revolutionary cause is still facing many difficulties and challenges, he noted, given rapid, complex and unpredictable developments of the national and global situations.

He stressed the importance of continue learning and following the President's ideology, morality and style, and highlighted the need for officials and Party members to set themselves as good examples for others.

The leader showed his hope that this task will continue to be enhanced in a more substantive and effective manner so as to contribute to the implementation of the 13th National Party Congress's Resolution as well as the nation building, safeguarding and renewal cause.