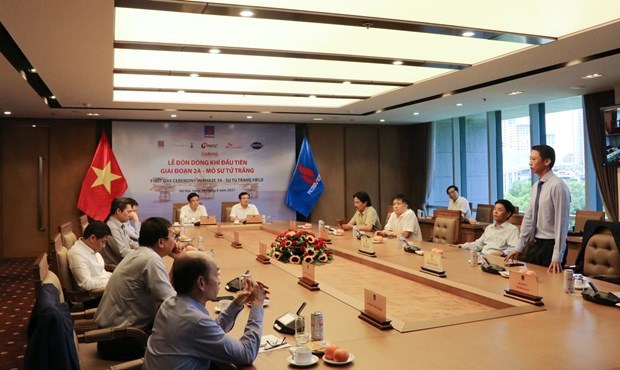 At the ceremony (Photo: PetroVietnam)

Hanoi (VNA) – The Vietnam Oil and Gas Group (PetroVietnam) held a ceremony on June 18 to welcome the first flow of gas from Su Tu Trang (White Lion) oil field in phase 2A, which meant the project was put into operation 16 days ahead of schedule.

Amid complicated developments of the COVID-19 pandemic, the ceremony was held online in Hanoi and Ho Chi Minh City, with the presence of Chairman of the Members' Council of PetroVietnam Hoang Quoc Vuong and the group's General Director Le Manh Hung, among others.

The Su Tu Trang oil field is one of four important discoveries in Block 15-1, which belongs to the Cuu Long basin and is evaluated as one of the areas with the highest potential for oil and gas reserves in the continental shelf of Vietnam. It is located about 62km from the coast of Vung Tau with a water depth of 56m. 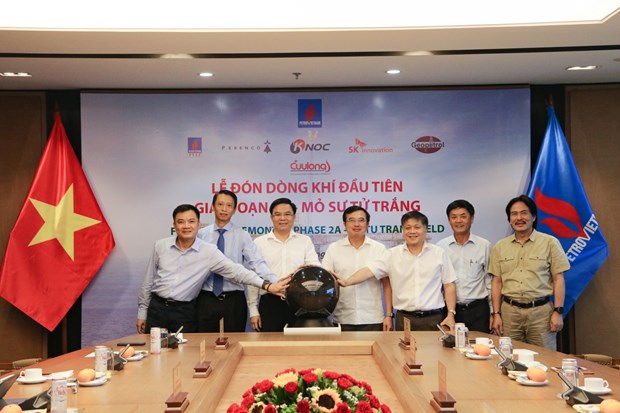 The oil and gas exploration contract of Block 15-1 was signed on September 16, 1998 between PetroVietnam and the contracting parties, including PVEP (which holds a 50 percent stake), Perenco (23.25 percent), KNOC (19.25 percent), SK (9 percent) and Geopetrol (3.5 percent). The project is operated by Cuu Long JOC.

The plan to develop the White Lion oil field in phase 2A was approved by the Prime Minister on December 6, 2019, with a total expected consolidated capital expenditure (CapEx) investment of nearly 138 million USD, and the expected recovered reserves of 63 million barrels of condensate and 193 billion cubic feet of gas by the end of September 2025.

Addressing the event, PetroVietnam’s General Director Le Manh Hung said Block 15-1 is the flagship in oil and gas exploitation activities in Vietnam, bringing benefits to all involved parties, and contributing about 10.4 billion USD to the Vietnamese Government's budget.

PetroVietnam highly valued efforts of Cuu Long Joint Operating Company (Cuu Long JOC) and its partners to complete the drilling of the oil well on schedule, ensuring their commitments in the gas purchase and sale contract and field development plan, he said.

He said he hopes that the parties will continue to maintain and tighten cooperation and solidarity towards further successes in the coming time. 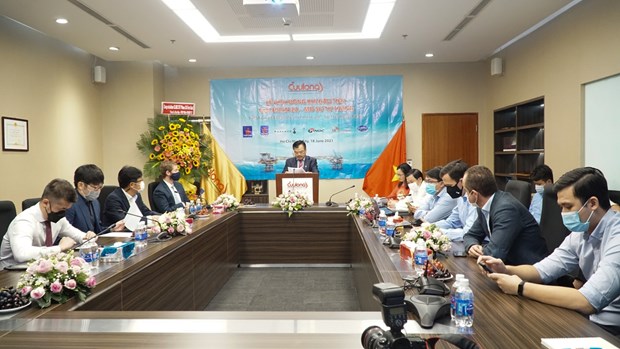 Cuu Long JOC’s General Director Nguyen Van Que attributed the success of the project to concerted efforts of Cuu Long JOC and its partners, along with the maximum support from PetroVietnam, PetroVietnam Exploration Production Corporation (PVEP) and relevant ministries.

On behalf of foreign partners, President of Perenco Vietnam Gilles d’Argouges affirmed that this is an important achievement and a symbol of the successful cooperation between Vietnamese businesses and foreign partners.

He emphasized that the partners have found a common development path and expressed his hope to maintain the success in the process of developing the Su Tu Trang oil field and the entire project. 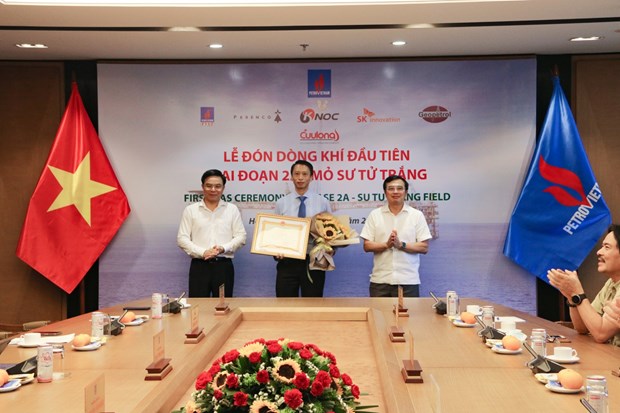 PetroVietnam leaders award certificates of merit to collectives and individuals who have made excellent achievements to the project (Photo: PetroVietnam)

On this occasion, Petrovietnam awarded certificates of merit to collectives and individuals who have made excellent achievements in implementing the Phase 2A of the Su Tu Trang oil field project safely and pumping the first flow of gas 16 days ahead of schedule.

Putting the Phase 2A of Su Tu Trang oil field of Block 15-1 into operation promptly is one of the important milestones for Petrovietnam to continue to maintain and increase oil and gas production under its plan approved by the Government, thus contributing to increase supply, ensure energy security, and promote national economic development.

The event to welcome the first flow of gas of the oil field in the Phase 2A is also a meaningful milestone for the group, PVEP and Cuu Long JOC to celebrate the 60th anniversary of the traditional day of the Vietnam Oil and Gas Industry (November 27, 1961-2021)./.

PetroVietnam receives first flow of gas of Su Tu Trang oil field in phase 2A have 691 words, post on en.vietnamplus.vn at June 19, 2021. This is cached page on Talk Vietnam. If you want remove this page, please contact us.