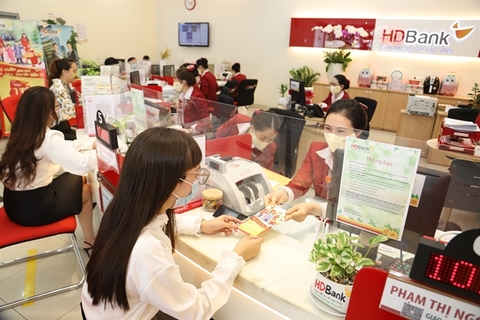 HDBank has moved towards applying Basel III standards to its risk management after completing all three pillars of Basel II ahead of the deadline. — Photo courtesy of the bank

After completing all three pillars of Basel II ahead of the deadline, HDBank has moved towards applying Basel III standards to its risk management.

The HCM City-based lender (HoSE: HDB) has adopted two Basel III indexes, liquidity coverage ratio (LCR) and net stable fund ratio (NSFR), and the latter is at 150 per cent as against the prescribed minimum of 100 per cent.

This demonstrates HDBank's pioneering position in meeting international standards along with a handful of other banks in Viet Nam.

This is a continuation of the positive results from 2020 when the bank was also one of the first to announce the completion of all three pillars of Basel II in line with Circulars 41 and 13 from the State Bank of Vietnam.

Since mid-2019, with the support of the world’s leading consulting firms, HDBank has implemented the adoption of Basel III, with priority given to liquidity risk management and market risk management.

Basel III, a new international regulatory accord for governing banks' capital requirement developed in the wake of the 2007-2009 financial crisis, was issued in 2010 to improve on Basel II, and its implementation deadline is January 1, 2023.

Meant to help banks achieve sustainable growth, Basel III has raised standards and requirements, mainly for equity capital and management of credit securitisation. Besides, the LCR and NSFR indexes will help them ensure liquidity is high and steady so that they can better withstand episodes of financial stress in the economy.

Though the global and Vietnamese economies face difficulties due to the COVID-19 outbreak, Moody’s Investors Service has affirmed B1 long-term local and foreign currency deposit and issuer ratings for HDBank and changed the bank's outlook from stable to positive.

The bank's capital adequacy ratio (based on Basel II standards) was over 12 per cent as against the minimum requirement of 8 per cent.

It has also completed many important projects such as an automatic treasury system, achieved digital banking transformation and created a five-year business strategy with the support of the world's leading consulting units.

Along with its strong financial foundation, a promising customer eco-system, and appropriate business strategies, HDBank is ready for rapid and sustainable growth in the coming time. — VNS

HDBank, a pioneer in Basel III implementation have 484 words, post on bizhub.vn at June 17, 2021. This is cached page on Talk Vietnam. If you want remove this page, please contact us.