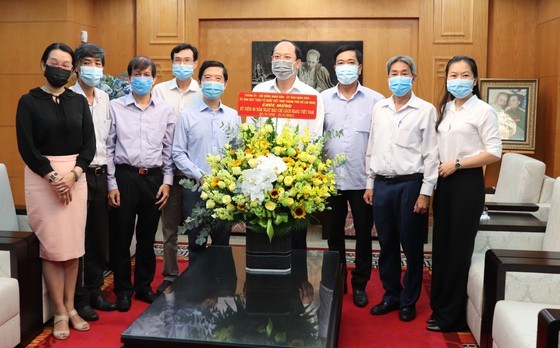 Vice secretary of the HCMC Party Committee Nguyen Ho Hai ( 4th, R) visits the Sai Gon Giai Phong (SGGP) Newspaper on the occasion of the 96th anniversary of the Vietnam Revolutionary Press Day. (Photo: SGGP)
Vice secretary of the municipal Party Committee Nguyen Ho Hai sent congratulations to the SGGP Newspaper staff.
He hoped that the news agency will continue to maintain its leading position and promptly provide accurate information about concerned issues in various fields as well as build truth in the community.
On behalf of the SGGP Newspaper, Deputy Editor-in-Chief Nguyen Thanh Loi expressed his sincere thanks to the city's leaders.
Besides making all efforts in working effectively in the increasingly complicated situation of the Covid-19 outbreak, the newspaper has also built a pandemic response plan for the situation that has unexpected changes to ensure its operation, he said.
On the same day, the delegation also paid a visit to the Voice of HCMC People (VOH). 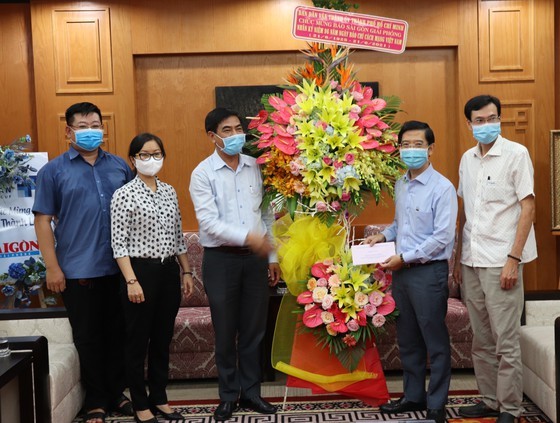 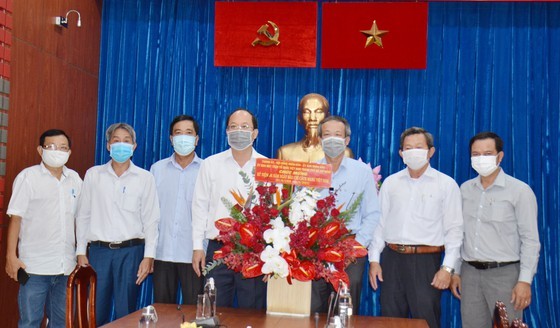 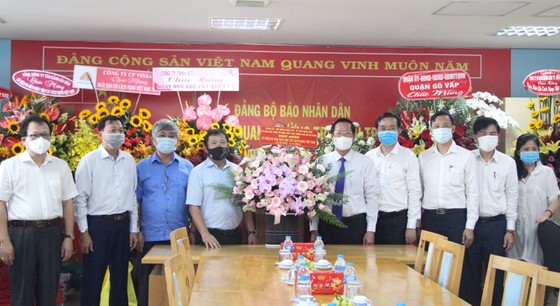 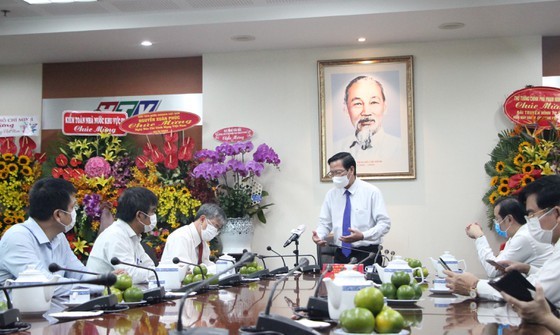 HCMC leaders extend greetings to press agencies have 525 words, post on sggpnews.org.vn at June 21, 2021. This is cached page on Talk Vietnam. If you want remove this page, please contact us.