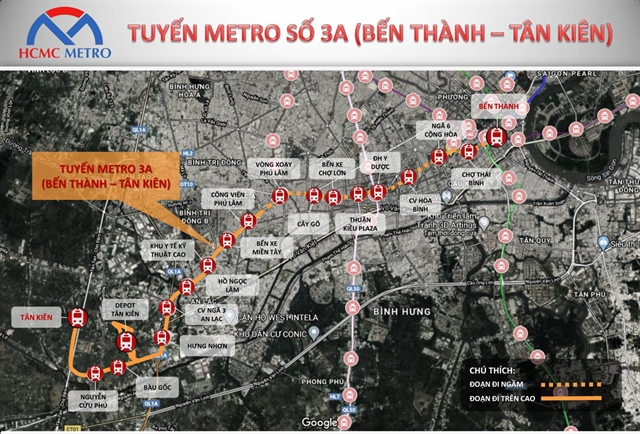 Metro line 3a in HCM City proposed to link Bến Thành with Tân Kiên will be built in 2025-34. — Photo: Metropolitan Railway Management Board

HCM CITY — HCM City's 20km metro route 3a between Bến Thành and Tân Kiên will be built between 2025 and 2034, the city People's Committee has said in a proposal to the Government.

The People's Committee wants it to be funded by official development assistance loans from Japan.

When completed, it will be linked with metro line 1 (Bến Thành – Suối Tiên). — VNS

HCM City sends metro line 3a plans to Government have 255 words, post on vietnamnews.vn at June 10, 2021. This is cached page on Talk Vietnam. If you want remove this page, please contact us.