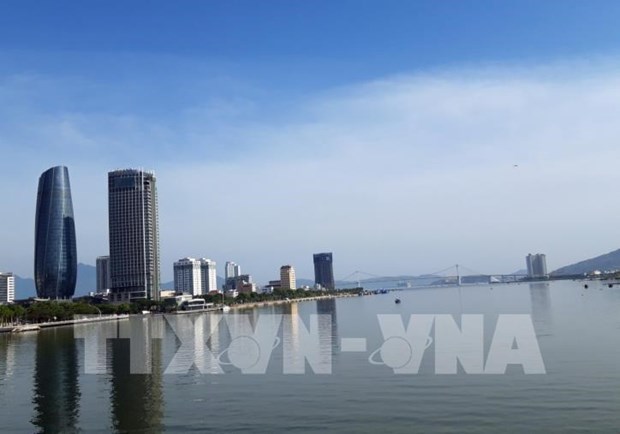 Da Nang (VNA) – Adjustments to the master plan for central Da Nang city to 2030 and vision to 2045 approved recently by the Prime Minister are believed to "open the door" for it to map out its vision and orientation for the future.

Under the adjustments , the city aims to become a major socio-economic centre of Vietnam and Southeast Asia, a hub for entrepreneurship, innovation, tourism, commerce, finance, logistics, high-technology, IT, and supporting industries, a centre for culture-sports, high-quality education and healthcare, and science and technology, and a destination for regional and international events.

At the same time, it expects to become an international seaport city, acting as a "core" in the urban chain and a growth pole of the key economic zone in the central and Central Highlands regions, in tandem with promoting its stature as an ecological, modern, smart, and liveable city, which will help it firmly ensure national defence and security and Vietnam's sovereignty over its sea and islands.

It will set up two so-called "economic belts", with the northern part focusing on high-tech industry and seaport-logistics and the southern part on innovation and high-tech agriculture.

According to Ngo Viet Nam Son, a member of the Prime Minister's Economic Advisory Group, this is a new phase for Da Nang in terms of planning.

He said the city will develop areas with special functions, such as a hi-tech zone attached to the Lien Chieu Port urban area and innovative urban areas associated with universities, towards turning Da Nang into a multi-centre city with diverse identities.

Logistics and seaport development will help it become a regional centre with greater potential than it has now, Son said.

However, this is only a master plan, he noted, and it is necessary to adopt detailed plans for the city's future development.

As soon as the adjustments to Da Nang 's master plan were announced, 11 domestic and foreign investors expressed desires to set up research and investment projects in many areas of the city.

Chairwoman of the BRG Group Nguyen Thi Nga said the city is an especially important investment destination for the group.

It has invested in high-end resorts in the city, she noted, adding that these adjustments will give investors a clear and consistent orientation, creating more favourable conditions for business development and the city's development overall.

"I believe that with the effort and determination of local leaders, people, and businesses, Da Nang will become a major socio-economic centre of the country and the region," Nga said.

The BRG Group has proposed the study of a master plan for the development of the southern area of Hoa Vang district.

According to Chairman of the municipal People's Committee Le Trung Chinh, with these adjustments, Da Nang will overcome its limitations, effectively utilise its urban areas, and offer solutions to environmental and population issues and climate change adaptation.

It will continue to improve its competitiveness, promote administrative reforms, and remove difficulties facing people and businesses, Chinh said./.

Adjustments to master plan create new vision for Da Nang’s development have 821 words, post on en.vietnamplus.vn at June 1, 2021. This is cached page on Talk Vietnam. If you want remove this page, please contact us.