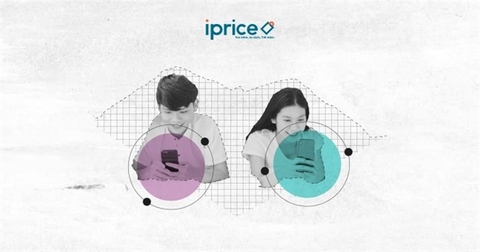 The percentage of women who buy electronic products online is nearly equal to that of men. — Photo iprice.vn

The percentage of women who buy electronic products online is nearly equal to that of men, according to an iPrice survey.

While more men said they shopped for electronic products online at 57 per cent in Q1, this figure decreased compared to the same period last year at 62 per cent.

The report also showed that there is a change in the shopping age group of women. Specifically, the percentage of women aged 35-44 and 45-54 who purchased the items in this category online increased by 4 per cent in the first three months of this year compared to the same period last year. In addition, the older age group from 55 to 64 also had a slight increase of 2 per cent.

Meanwhile, the group of younger female consumers aged 25-34 saw a sharp decrease of 10 per cent year-on-year.

Experts said this change might be due to the impact of the COVID-19 pandemic early last year when many people worked from home. Therefore, the proportion of consumers in general and office women in this age group, in particular, tended to purchase electronic products for working and living at home.

Women purchasing more electronics have 390 words, post on bizhub.vn at May 1, 2021. This is cached page on Talk Vietnam. If you want remove this page, please contact us.