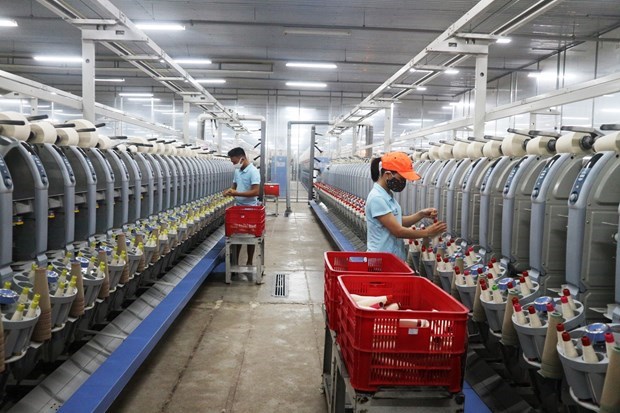 Most of Vietnam’s economic indicators in April were good: WB report (Photo: VNA)

Hanoi (VNA) – The World Bank in Vietnam has recently announced its updated report on Vietnam Macro Monitoring in May 2021, which states that most of Vietnam’s economic indicators in April were good.

However, it warns of several risks to the Vietnamese economy due to the most recent outbreak of the COVID-19 pandemic in late April.

According to the report, industrial production continued its strong growth momentum last month, increasing by 1.1 percent compared to March, 24.1 percent higher than the same period in 2020.

Revenue from retail sales in April also expanded by 2.3 percent month-on-month, after two consecutive months of decline. The consumer price index in April also recorded an increase of 0.5 percent compared to March, reflecting a recovery in household consumption.

In terms of exports, a double-digit growth rate was recorded in all major export items, with the fastest increase in the export revenue of machinery. This was attributed to the ongoing economic recovery in the US and China.

According to the WB, although foreign direct investment (FDI) decreased in April, reaching only 2.2 billion USD (53 percent lower than the previous month), it was generally stable.

The bank also valued the accelerated progress of vaccinations against COVID-19 in Vietnam with 506,000 doses administered in April compared with about 50,000 doses in late March.

However, it warned that Vietnam is experiencing its fourth COVID-19 outbreak from the end of April 2021, forcing the government to quickly respond by closing schools and applying new restrictive measures on travel. This will affect domestic economic activities, especially tourism, transportation and retail.

Therefore, the World Bank recommended that if it is necessary to maintain or tighten these new restrictive measures on health and travel, the Government of Vietnam should consider a new fiscal stimulus package, including a support package on a larger scale for people and businesses affected by the pandemic./.

WB: Most of Vietnam's economic indicators in April good have 464 words, post on en.vietnamplus.vn at May 18, 2021. This is cached page on Talk Vietnam. If you want remove this page, please contact us.