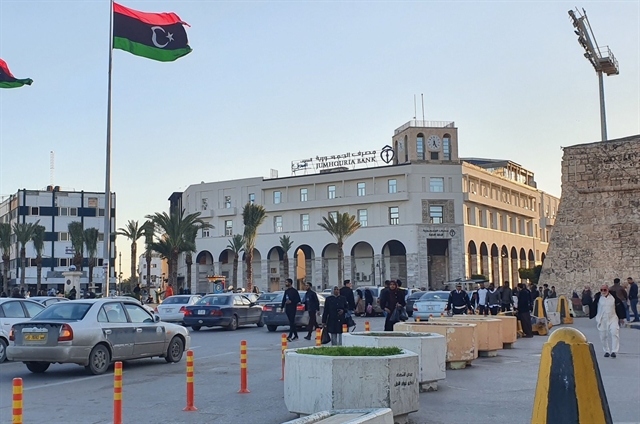 A view of martyr’s square in the capital Tripoli, Libya in January, 2020. AFP/VNA Photo

Ambassador Đặng Đình Quý, head of the Việt Nam's Permanent Mission to the UN, spoke highly of important progresses in Libya over the past time, and highlighted Việt Nam's support for UNSMIL in assisting the ceasefire monitoring mechanism and ending the presence of foreign forces and mercenaries in Libya in accordance with the ceasefire agreement and the UNSC's relevant Resolutions.

He hailed efforts of the UNSMIL, neighbouring countries, regional organisations and concerned partners in the process of promoting peace in Libya over the past years, as well as actions that minimise risks and protect civilians from risks caused by bombs, mines and explosives left over by the war. He also called for increasing such efforts.

Countries highlighted the importance of fully implementing the UNSC's arms embago on Libya, ending the presence of foreign mercenaries and increasing security sector reform efforts in the country.

The UNSMIL was established in line with the UNSC's Resolution 2009 in 2011 with the main task of facilitating political transition and election process in Libya.

On April 16, 2021, the UNSC adopted Resolution 2570 allowing the UNSMIL to support the ceasefire monitoring mechanism dated October 23, 2020 in Libya as suggested by parties in the country, as well as set up a ceasefire monitoring group with a maximum of 60 civil observers as recommended by the UN Secretary-General. VNS

Việt Nam calls for promoting political process in Libya have 481 words, post on vietnamnews.vn at May 22, 2021. This is cached page on Talk Vietnam. If you want remove this page, please contact us.