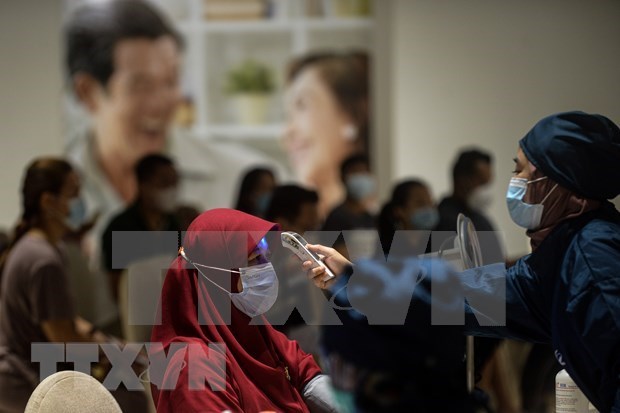 Indonesia is among countries hit the hardest by the COVID-19 in Asia with the number of confirmed cases exceeding 1.6 million and death toll reaching over 46,000. (Photo: VNA)

Jakarta (VNA) – Indonesia’s economy continued to shrink at 0.74 percent year-on-year in the first quarter of 2021, according to Statistics Indonesia (BPS) head Suhariyanto.

He said that structurally 64.56 percent of Indonesia's gross domestic product (GDP) in the first trimester of this year came from five main sectors, namely industry, agriculture, trade, construction, and mining.

Suhariyanto forecast the economic growth will be positive in the remaining quarters of this year.

On May 6, Secretary of the Coordinating Ministry for Economic Affairs Susiwijono Moegiarso said the government plans to relax value-added tax (VAT) and income tax (PPh) for enterprises in a bid to boost domestic consumption and retail market and support the economic recovery./.

Indonesia’s economy continues to shrink in Q1 have 285 words, post on en.vietnamplus.vn at May 7, 2021. This is cached page on Talk Vietnam. If you want remove this page, please contact us.