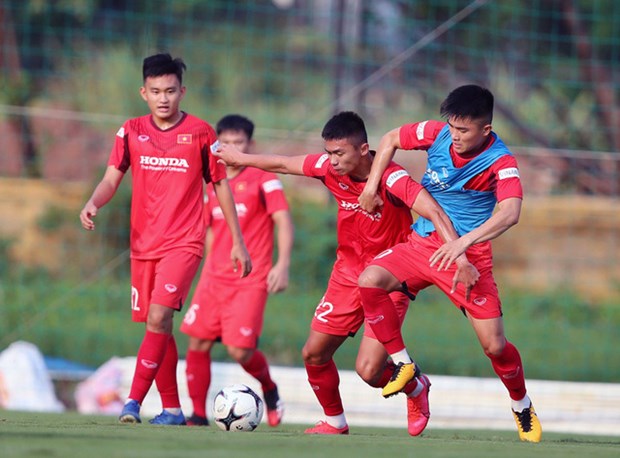 Head coach Park Hang-seo has finalised a list of 34 players in the national men's U22 team (Photo: Vietnam Football Federation)

Hanoi (VNA) – Head coach Park Hang-seo has finalised a list of 34 players in the national men's U22 team for the first time this year, in preparation for the 31st Southeast Asian Games ( SEA Games 31 ) and the 2022 AFC U23 Asian Cup qualifiers.

The U22 squad will hold training sessions from May 11 to June 6.

Football clubs with the most players selected include Nam Dinh FC, with five, People's Police FC with four, and Sai Gon FC, SHB Da Nang, Song Lam Nghe An, and Viettel with three each.

There are also seven forwards, eight defenders, and 15 midfielders.

The SEA Games is scheduled to be held from November 21 to December 2 with 40 sports featured and will be the second time Vietnam has hosted the biennial event.

Coach Park announces members of national men’s U22 team have 270 words, post on en.vietnamplus.vn at May 5, 2021. This is cached page on Talk Vietnam. If you want remove this page, please contact us.