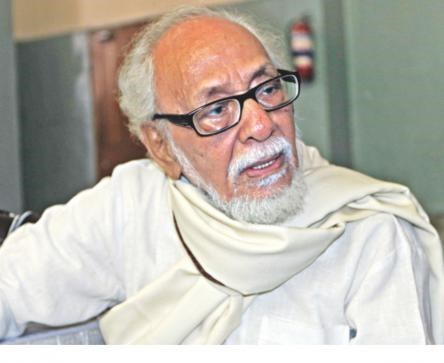 Hanoi (VNA) – The India-Vietnam Solidarity Committee (IVSC) and the Dialogue Society on May 7 held an online ceremony to pay tribute to Geetesh Sharma , President of the IVSC in West Bengal.

Sharma, an Indian journalist and a close friend of Vietnam, passed away on May 2 due to COVID-19, leaving behind a deep regret in the heart of Vietnamese friends.

Born in 1932, Sharma was a veteran journalist and the author of 23 books in Hindi and English, of which many were about Vietnam.

As President of the IVSC in West Bengal, he was conferred Vietnam's Order of Friendship – the noble award of the State and the Government of Vietnam – in 2015, in recognition of his significant contributions to fostering the two people's solidarity and friendship.

Sharma was an important witness to the history of the relationship between Vietnam and India. Talking to Vietnam News Agency correspondents in India in January 2021 ahead of the 13th National Congress of the Communist Party of Vietnam (CPV), he said he had travelled to Vietnam 29 times on many different occasions, visiting many localities from the North to the South.

He saw the terrible devastation of the war in Vietnam, the Doi Moi (renewal) process, and changes and steps of development taking place after each congress of the CPV.

Over the past five decades, Sharma had organised many activities to support Vietnam's struggle for independence in the past as well as its current national construction and development. He was an active member of the IVSC in West Bengal since the early 1970s, participating in demonstrations showing solidarity with the Vietnamese people in their struggle for national liberation and reunification.

In her remarks, Ambassador Nguyen Phuong Nga, President of the Vietnam Union of Friendship Organisations, described Sharma's passing as a great loss of the two countries' people.

Vietnamese and Indians will stand side by side to promote the fine traditional relationship, solidarity and friendship between the two countries, as well as mutual understanding of their people, for peace, cooperation and sustainable development, she said./.

Ceremony held online to pay homage to Geetesh Sharma - Indian friend of Vietnam have 428 words, post on en.vietnamplus.vn at May 7, 2021. This is cached page on Talk Vietnam. If you want remove this page, please contact us.