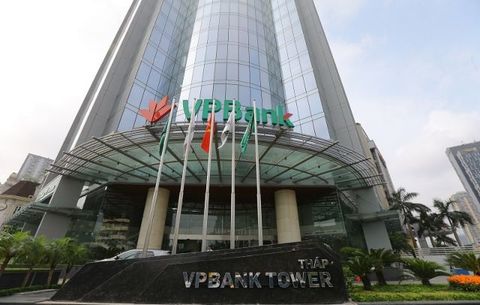 Shares ended mixed Thursday with the VN-Index continuing its upward trend on bank stocks while foreign investors fled from the market.

The market's liquidity was higher than yesterday with nearly 647.2 million shares traded on the southern market, worth VND19.3 trillion.

The index was boosted by large-cap stocks, mainly in the banking sector. The 30 large-cap stocks tracker VN30-index increased 1.41 per cent to 1,312.28 points. Twenty of the 30 biggest stocks in the VN30 basket inched higher yesterday while ten stocks decreased.

In a daily report to investors, MB Securities JSC said that the recovery of the banking sector was the driving force supporting the market rebound.

The cash flows remaining high not only helped the index gain points but also eased investors sentiment amid selling pressure earlier this week, the firm added.

"On the technical front, the market has created a buffer zone for the bottom in the short-term, the upper bound at the resistance territory of 1,300 points will fluctuate," MB Securities said.

However, the securities firm forecasted that the fluctuation is not a big concern as the upward trend will still dominate due to current optimistic signs, both internal and external.

During the session, over 121.4 million shares were traded on HNX, worth nearly VND2.4 trillion.

Viet Nam’s market will close on Friday due to the long holiday. — VNS

VN-Index inches higher, foreign investors flee from market before long holiday have 561 words, post on bizhub.vn at April 30, 2021. This is cached page on Talk Vietnam. If you want remove this page, please contact us.